Jon Chait says there’s a simple reason that Donald Trump defied expectations to win the Republican nomination: “The Republican Party turns out to be filled with idiots. Far more of them than anybody expected.” Atrios says Chait is blind: “We hippie liberals have been telling you for years that a sizeable chunk of Republican voters are absolute blithering idiots.”

Hmmm. I have to say, I’ve been reading Chait for years, and he’s never held back his contempt for Republicans or Republican voters. Whatever his faults, 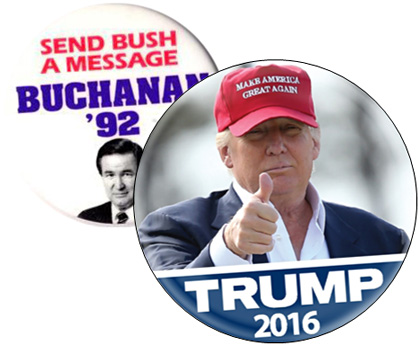 having too rose-tinted a view of the GOP hasn’t been one of them.

In any case, I think they’re both missing the point. Whenever you look at anything even vaguely related to public policy,1 the key question is “Compared to what?” Whatever you think of the Republican electorate, they made it through 2008 without nominating Rudy Giuliani or Fred Thompson. Then they made it through 2012 without nominating Herman Cain or Michele Bachmann. Instead they nominated two very normal party warhorses, John McCain and Mitt Romney.

So what happened? Did the GOP electorate suddenly lose a couple dozen collective IQ points over the past four years? I suppose anything’s possible, but it doesn’t seem likely. Something other than the idiocy of the Republican base was at work here.

But what? Sometimes I feel like I’m the last person in America who still isn’t quite sure how Trump managed to win. Seriously, America, WTF? But at a guess, the key factors were these:

Can a richer, shrewder, less ethnic, less Catholic version of Pat Buchanan win the presidency? I don’t think so, but at this point, frankly, I’m afraid to venture an opinion.

1And if there’s anyone vaguely related to public policy, it’s Donald Trump.