Reporters sure are desperate to demonstrate some kind of shadiness on Hillary Clinton’s part. Here’s a headline in the LA Times today:

Sounds shady! I clicked immediately, wanting to know who gave Blumenthal a big payout. The answer, it turns out, is Media Matters, for which he works. 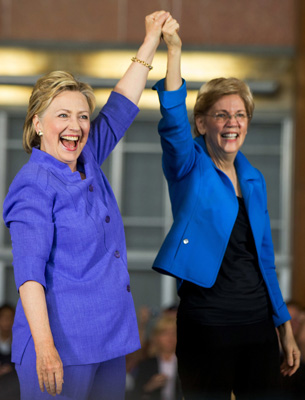 This is in no way shady and in no way connected to Hillary Clinton anyway. And here’s an AP headline from this weekend:

This also sound shady! But no. It turns out that on Hillary Clinton’s official State Department schedule, she sometimes had private meetings and didn’t list the participants. “No known federal laws were violated,” the article says.

Sheesh. Is this the best they can do? I know that we’re all desperate for balance given the tsunami of lies and sleaze coming from the Trump campaign, but surely there’s something a little more concrete we can lay at Hillary’s feet? This is lame.