The UK always had one foot in and one foot out of the EU. (This is the main reason departure seemed such folly; the UK had already opted out of the worst parts of EU membership.)

I’ve seen a lot of people making similar comments. Britain wasn’t part of the euro. They aren’t part of Schengen. They’re not fully part of the Charter of Fundamental Rights. They’ve retained a case-by-case opt-out in Justice and Home Affairs issues. They get a special rebate 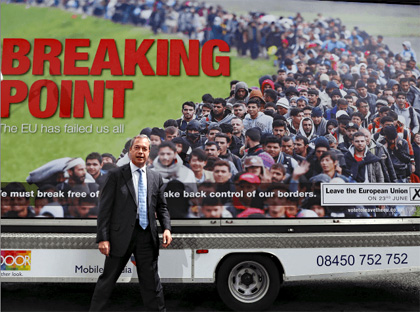 on contributions to the EU budget. And earlier this year, David Cameron negotiated a further package of British opt-outs.

So what’s the deal? What more did the British want?

It’s pretty simple: 52 percent of the electorate voted to keep Britain white. Let’s not overthink this.