I get asked frequently whether I’m worried about this election. Of course I am. It’s a blot on our country that a man like Donald Trump has even won a major-party nomination, and it’s possible 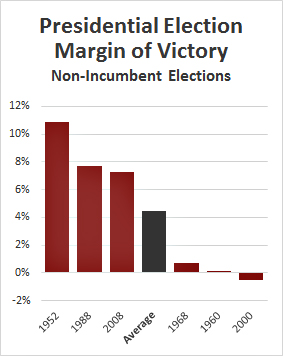 he could even win the presidency. Who wouldn’t be worried about that?

But am I especially worried because the national polls are within four or five points and sometimes even moving in Trump’s direction? Nope. This is an election with no incumbent running. There have been six of these in the postwar era, and the average margin of victory is about 4 percentage points. That’s just the way they go, and we shouldn’t be surprised that this one is running about the same. The fact that Trump is even closer in some polls is also entirely normal. If he’s truly four points behind, you’d expect a range of about 0-8 percentage points in different polls. And the fact that he’s sometimes closer and sometimes farther behind is also normal. External events will affect these things. Put this all together, and you’d expect individual polls to range anywhere from Trump ahead by two points to behind by ten points.

And that’s pretty much what we’re seeing right now. Trump could win, and that’s hardly cause for cheer. But he’s been steadily behind Hillary Clinton by 4-6 points for the past month, and the fact that individual polls sometimes show the race closer is nothing to get extra jittery about. Ordinary jitters are quite enough. 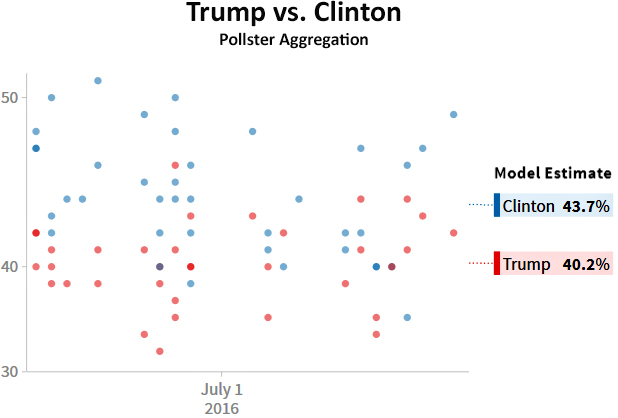