For what it’s worth, here’s how Pollster’s head-to-head matchups between Hillary Clinton and Donald Trump have evolved since the beginning of the year. Hillary’s support has been pretty stable, while Trump’s has declined steadily. He doesn’t have much time left to turn that trend around. 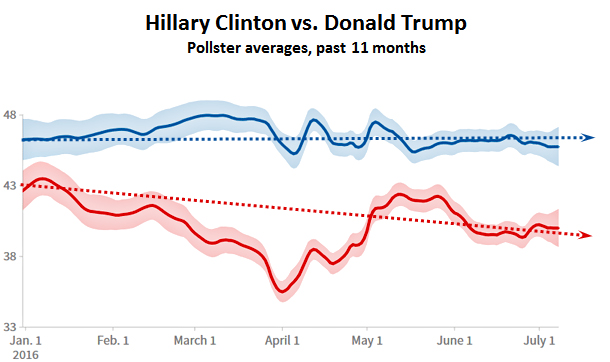