Megyn Kelly and her co-hosts [at the Democratic convention], including Bret Baier and Brit Hume, have not been speaking during commercial breaks, according to two people with direct knowledge of the anchors’ interactions, who described the on-set atmosphere at Fox 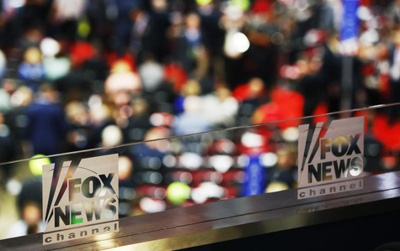 News as icy. During ads, the hosts are often absorbed with their smartphones.

….Employees say there is a continuing split inside the network, with one camp of old-guard Fox News loyalists — some of whom owe their careers to Mr. Ailes — upset at his ouster. Some are resentful toward Ms. Kelly for cooperating with lawyers brought in by the network’s parent company, 21st Century Fox, to investigate Mr. Ailes’s behavior. (About a dozen women have reported improper behavior by Mr. Ailes to investigators.)

Another contingent inside Fox News is equally dismayed by the responses of stars like Kimberly Guilfoyle, Greta Van Susteren and Jeanine Pirro, who were quick to publicly defend Mr. Ailes after he was accused of harassment in a suit filed by the former anchor Gretchen Carlson.

And the pressure really seems to have gotten to Bill O’Reilly:

….”Jesse Watters goes on the floor of the Democratic convention, and some photographer comes up and starts swearing at him and cursing at him right in his face? This is provocation,” he continued. “These people are doing this. They want me dead, Bolling, literally dead.”

Bolling responded to O’Reilly, “I’m not sure they want you dead.”

“Oh they do, believe me,” O’Reilly said.

Poor Bill. I think he revels in the notion that we all want him dead. It would be a shock to his ego to find out that most of us just want him to go away.

As for Jesse Watters, he’s been ambushing liberals for years, but he and O’Reilly both complain mightily whenever someone tries to do the same to him. If being yelled at is the worst that happens to him, he should count himself lucky.