Sarah Kliff reports today that the teen birthrate has plummeted over the past decade. That’s not news. The interesting question is why the teen birthrate has plummeted, and a new paper in the Journal of Adolescent Health says the reason is better access to contraceptives. That sounds reasonable, but Kliff backs up this idea with the following chart, taken from data in the paper: 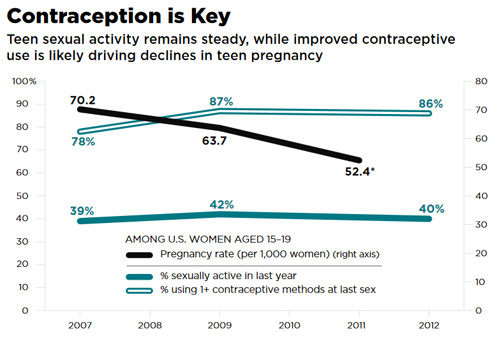 This is a problem. Contraception use dropped slightly between 2009 and 2012. Sexual activity stayed about the same. And yet teen pregnancies declined by an astounding 20 percent over the same period. This does not fit with the notion that contraception is key. 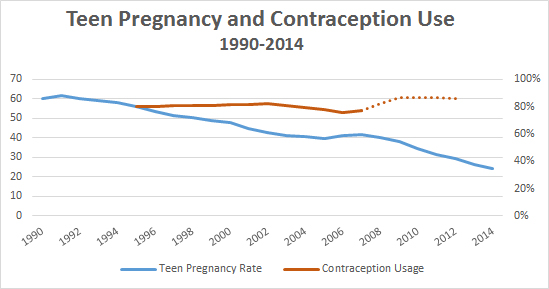 So count me skeptical about the contraception theory. Teen pregnancy has been dropping for 25 years, and any explanation needs to account for this. But what could it be?