Good Morning America’s Amy Robach apparently had a brain fart the other day and referred to blacks as “colored people,” rather than the acceptable—even au courant—”people of color.” But why does this stuff keep changing? Why have we gone from colored to negro to black to African-American to POC? I was 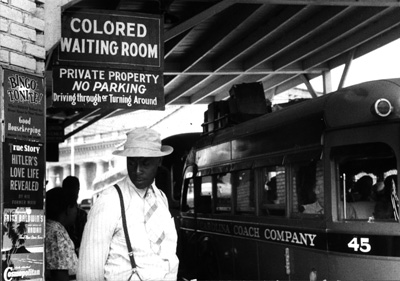 going to write a bit about this, but John McWhorter says precisely what I was going to say, so I’ll just let him say it:

“So what do they want to be called now???” one might ask about black people, differently abled people, cognitively challenged people, and others. However, the rolling terminology is not based on willful petulance or a deliberate way of keeping other people off guard. It stems from the way euphemism works—or better, always starts to work but doesn’t.

Namely, a euphemism is designed to step around an unpleasant association. When it comes to societal terms, the idea is to rise above pejorative connotations that society has linked to the thing in question. Hence while cripple was once a perfectly civil term, negative associations accreted upon it like rust or gnats, such that handicapped was felt as a neutral-sounding innovation. However, after a time, that word was accreted in the same way, such that disabled felt more humane. Yet, as we have seen, even that didn’t last.

The lesson is that when there are negative associations with something or someone, periodic renewal of terminology is not a feint, but something to be expected. Until the thoughts or opinions in question change, we can expect the rust to settle in, the gnats to swarm back on—and the only solution, albeit eternally temporary, is to fashion a new term….The rolling terminology, then, is an attempt to refashion thought, not to be annoying.

And that’s why these things seem to change so often. We’re trying to break the bad associations of the past, so we create a new word. A few decades later, if those bad associations still exist, we try again with another new word. This keeps happening until the associations are finally and completely severed. Needless to say, that can take a while.