The way Washington works—in fact, the way everything works—is that people socialize; they develop relationships; and they often try to leverage those relationships to call in favors. We have laws and institutions to try to put boundaries on this kind of thing, 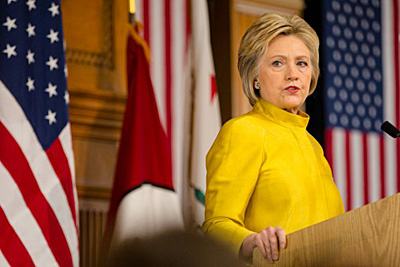 but it’s still ubiquitous. This is just the way homo sapiens is wired.

So now we have some more emails related to Hillary Clinton, and what have we learned? The crown prince of Bahrain wanted to meet with the Secretary of State, and in addition to making a request through normal channels he also talked to someone at the Clinton Foundation, who then called Huma Abedin. The meeting took place, which is entirely unexceptional since meeting with people like this is the Secretary of State’s job. There’s no indication that the extra push by the Foundation had any particular effect.

Another time, someone at the Foundation called Abedin to see if she could expedite a visa. She said this made her nervous, and the Foundation guy backed off.

On another occasion, a lobbyist who had formerly been a Democratic staffer asked for a meeting with her client, a coal company executive. Abedin blew her off.

We might yet find a smoking gun in all these emails. But so far, the trend is clear: lots of people talked to Huma Abedin to try to set up meetings with Hillary Clinton. Generally speaking, Abedin treated them politely but told them to get lost. That’s about it.

If some of these efforts had succeeded, that would hardly be noteworthy. It’s the kind of thing that happens all the time. What’s really noteworthy about the most recent email releases is that they demonstrate a surprisingly high level of integrity from Hillary Clinton’s shop at Foggy Bottom. Huma Abedin was tasked with running interference on favor seekers, and she seems to have done exactly that. There’s no evidence at all that being a donor to the Clinton Foundation helped anyone out.

So tell me again what the issue is here?