Grecophile Paul Glastris thinks we should stop moving the Olympics around and hold them permanently in Athens:

Part the reason for Greece’s debt crisis—and the continuing Depression-level economic hardships Greece is suffering under the jackboot of its European lenders, especially Germany—is the billions it borrowed to host the 2004 Olympics….Shifting the games every four years is also a colossal waste of human capital, as Christina Larson noted in the Washington Monthly back in 2004.

….In her article, Larson argued for going back to the original idea: pick a permanent place to host the Olympics. Greece, she said, was the obvious choice. (The first modern Olympics, in 1896, were in fact held in Athens, but in 1900, the 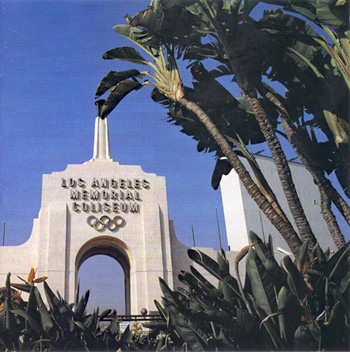 founder of the modern games, Pierre de Coubertin, moved them in his native Paris, inaugurating the tradition of travelling games.)

Larson is right: there is an obvious choice. But it’s not Athens, which, as Paul concedes, couldn’t truly afford the games in 2004 and didn’t exactly electrify the world with its hosting. The truly obvious choice is the city that has twice demonstrated it can host the Olympics both competently and on a reasonable budget: Los Angeles. It’s a multicultural kind of place. It’s midway between Asia and Europe. It has great weather. It’s both a sports mecca and a show biz mecca. It has lots of great venues already available. And Angelenos are proud of their ability to put on a great Olympics spectacle without breaking the bank.

So LA it is. Now then: what city should permanently host the Winter Olympics?