A few months ago I wrote about one of my “liberal heresies”: I’m not really a big fan of campaign finance reform. “Maybe this will be the first entry in a periodic series,” I said hopefully. But no. I’m a big old wimp, so I never wrote #2 in that series: I’m not really a huge fan of radical transparency either.

But Matt Yglesias wrote about this today, which means he’ll take the lion’s share of the blowback for being skeptical of transparency. I will say, however, 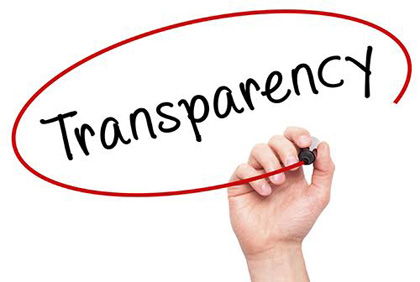 that his arguments struck me as sort of odd:

Phone calls are journalistically indispensable when you want to conduct an extended interview, but for a routine query or point of clarification, email is much, much better…The issue is that administration officials and other executive branch aides don’t want to leave a record of the conversation that might come to light one day.

…The idea that digital text communications are like memos—and should be disclosed as a kind of official government work product— is wrong…A message dashed off on a phone while riding the bus or a quick thumbs up reply clearly aren’t digital versions of an old-time longhand letter. Most email is informal and conversational, and over time digital communication has moved beyond email to mediums that are even better suited to the conversation approach.

…There are a lot of things that colleagues might have good reason to say to one another in private that would nonetheless be very damaging if they went viral on Facebook…Healthy brainstorming processes…blunt assessment of the strengths and weaknesses of different members of the team…describe an actual or potential problem in vivid terms to spur action.

This is a little choppy, but there are basically three arguments here: (1) if email is dangerous, it just forces officials to make more phone calls, (2) email isn’t really like old-fashioned paper mail; it’s like a conversation, and (3) there are good reasons government officials might want to have private policy discussions.

The first argument is all bound up in the weird Gen X/Millennial dislike of talking on the phone, and it doesn’t really do much for me. If emails from government officials really should be publicly accessible, then they should be accessible. The fact that this might drive dishonest actors into furtive phone calls and private meetings in parking structures is neither here nor there.

The second argument is questionable. I don’t care if you’re on a Unix workstation or an iPhone, email is a written medium. The fact that it can sometimes be conversational has little bearing on whether it should be subject to a FOIA request. Besides, if you exempt email entirely, you just end up creating yet another version of the furtive phone call problem.

But then we come to the third argument: Sunlight may be the best disinfectant, but too much sunlight will give you skin cancer. This is really the only one you need. The public unquestionably has an interest in how and why public policy is determined, but policymakers also have a legitimate interest in being able to speak frankly while they’re doing the determining. This conflict of interests is genuine, and the answer is to address it, not to simply assume that everything everywhere should be open to the public.

Everybody understands this, which is why there are some exceptions to FOIA. Within the executive branch, for example, the executive office of the president is largely exempt from FOIA. But this can be taken too far: Congress has exempted itself entirely from FOIA, despite the fact that the public has plenty of legitimate interest in how they make their sausages.

What we need is a genuine middle ground. Unfortunately, as Yglesias says, it’s an impossible subject to discuss right now because it’s so bound up with Hillary Clinton’s emails. But I disagree. I think this makes it the perfect time to talk about it.

Part of the reason is that Hillary Clinton is a real object lesson in how FOIA can go wrong when it’s weaponized. Another part is that liberals are the biggest fans of transparency, and seeing one of their own pilloried by it might make them take a second look at whether it’s gone off the rails. What we’ve seen with Hillary Clinton is not that she’s done anything especially wrong, but that a story can last forever if there’s a constant stream of new revelations. That’s what’s happened over the past four years. Between Benghazi committees and Judicial Watch’s anti-Hillary jihad, Clinton’s emails have been steadily dripped out practically monthly, even though there’s never been any compelling reason for it. It’s been done solely to keep her alleged corruption in the public eye.

Reporters aren’t stupid. They know this perfectly well. And yet, news is news. They can’t help themselves from covering every new release of emails, even if they don’t really show anything very interesting. (And there’s much more to come.) Donald Trump, by contrast, has adopted a policy of radical concealment—no tax returns, no medical disclosures, no business records, and certainly no internal emails—and it’s worked great. He’s taken some hits for all this, but they don’t do much damage. With nothing new to report, it’s hard to keep an investigation going.

So what’s the answer? I’m not going to pretend to have a detailed policy to offer, but in general terms I think it’s this: less transparency, but faster, more effective transparency. Even journalists might buy this trade. I believe that cabinet officers need to have a certain amount of space to have policy discussions without fear of every word they say becoming public. For this reason, FOIA should be tightened in some ways. At the same time, the biggest problem with FOIA is that it’s abysmally slow and clunky. You have to word your requests just right. You have to pay fees that sometimes make no sense. And then you have to wait forever, and then maybe appeal, and then wait some more, because compliance departments are woefully underfunded and undermanned.

The devil is in the details, but in broad strokes that’s the deal I’d like to see. Change FOIA rules so executive branch officials have more latitude for the kinds of frank policy discussions they need to have—and less fear that their every word will be used not to enlighten the public, but solely as nuclear weapons in political campaigns. But in return, properly fund compliance and place real limits on how long legitimate FOIA requests can be stonewalled. Any takers?