While we pass the time waiting for tonight’s debate, I’m going to talk through something else. Yesterday I wrote about one of the emails in the Podesta hack, and basically dismissed it. It was a review of the most potentially damaging statements from Hillary Clinton’s paid speeches, and none of them struck me as damaging at all. Since then, several people I respect have suggested that they really are problematic. So let’s go through the ones that are getting the most attention. There are eight.

1. Public and private positions: “I mean, politics is like sausage being made. It is unsavory, and it always has been that way, but we usually end up where we need to be. But if everybody’s watching, you know, all of the back room discussions and 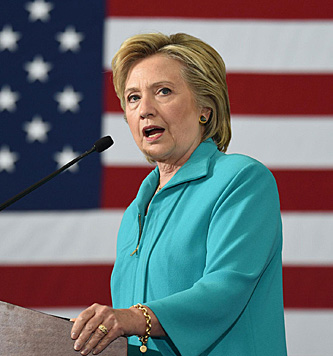 the deals, you know, then people get a little nervous, to say the least. So, you need both a public and a private position.”

I get how this can be spun to make it look like Clinton is advocating that politicians should lie publicly. But seriously? This is just Negotiation 101. You always have a public position—We will never compromise!—and a private one—What will it take for you guys to make a deal? Anyone over the age of five knows this is how all negotiation everywhere works. The faux outrage over this doesn’t impress me.

2. Oversimplification: “That was one of the reasons that I started traveling in February of ’09, so people could, you know, literally yell at me for the United States and our banking system causing this everywhere. Now, that’s an oversimplification we know, but it was the conventional wisdom. And I think that there’s a lot that could have been avoided in terms of both misunderstanding and really politicizing what happened with greater transparency, with greater openness on all sides.”

First, Clinton is acknowledging that it’s an oversimplification to say that the US banking system was solely responsible for the 2008 crash. Surely everyone understands now that this is true? European banks were heavily leveraged too, and were just as eager as US banks to lend too much money with too little oversight. They were also eager to play the derivatives game. What’s more, there was more to the housing bubble than just the banks. Clinton’s statement here seems unexceptional to me.

Second, she suggests that more transparency from the banks might have prevented “politicizing” the crisis. This probably merits a closer look than I originally gave it. Is she referring to Republican opposition to TARP? That would be reasonable. Or is she talking about taking a tough line against bank executives? That would be harder to excuse. Clinton would need to explain what she meant before we can really make any judgment about this.

3. Bankers know the banking system best: “Today, there’s more that can and should be done that really has to come from the industry itself.” AND: “There’s nothing magic about regulations, too much is bad, too little is bad. How do you get to the golden key, how do we figure out what works? And the people that know the industry better than anybody are the people who work in the industry.”

This doesn’t sound great, I admit. On the other hand, Clinton is talking to bankers. So naturally she’s talking about the role bankers can play in reforming financial regulation. Her wording may not thrill me, but it’s not 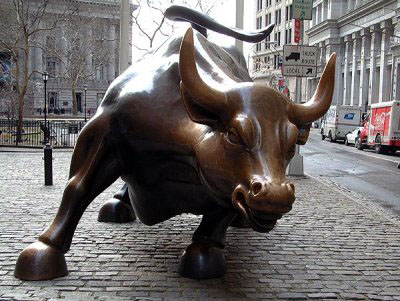 as if she’s suggesting that the finance industry should be allowed to regulate itself. It’s hard to get too worked up about this.

4. Principled bankers: “When I was a Senator from New York, I represented and worked with so many talented principled people who made their living in finance. But even thought I represented them and did all I could to make sure they continued to prosper, I called for closing the carried interest loophole and addressing skyrocketing CEO pay. I also was calling in ’06, ’07 for doing something about the mortgage crisis, etc.”

This is a nothingburger. There are plenty of principled people in the finance industry, and there’s nothing wrong with saying so. And anyway, the gist of this excerpt is that even though she represented New York in the Senate, Clinton still called for regulating the finance industry because it was the right thing to do. This strikes me as entirely positive.

5. Bias against successful people: “But, you know, part of the problem with the political situation, too, is that there is such a bias against people who have led successful and/or complicated lives. You know, the divestment of assets, the stripping of all kinds of positions, the sale of stocks. It just becomes very onerous and unnecessary.”

This is actually a pretty common criticism of public service these days: we lose a lot of good people because we make it too onerous to serve. The disclosure forms are hundreds of pages long. The divestment rules are thorny. The Senate hearings are nasty and partisan. It takes months or more to get through the whole thing. Plenty of people agree that things have gotten out of hand on this front.

A few people have tried to play this as an attack on Social Security, since the Simpson-Bowles plan included cuts to Social Security. This is ridiculous. Clinton is obviously taking about generalities: tackling the federal deficit by cutting spending and raising more revenue.

7. Open borders: “My dream is a hemispheric common market, with open trade and open borders, some time in the future with energy that is as green and sustainable as we can get it, powering growth and opportunity for every person in the hemisphere.”

I really have no idea what this is about, but I assume Clinton is talking about some possible far future scenario, and pandering a bit to her Brazilian audience. She’s never even remotely taken any actions that would push us toward a “hemispheric common market.” Meh.

8. Protectionism: “I think we have to have a concerted plan to increase trade….Governments can either make it easy or make it hard and we have to resist, protectionism, other kinds of barriers to market access and to trade.”

I guess the Bernie supporters will take this as some kind of huge betrayal, but I don’t. Clinton is opposed to protectionism. I’ve never thought otherwise, and I don’t think anyone else has either.

Out of all this, I have two questions. What did Clinton mean by “politicizing” the financial crisis? And what did she mean when she kinda sorta implied that we should listen more to bankers because they know the banking system the best?

That’s it. In other news, we learned that Clinton is pretty much the same person in private that she is in public. She’s moderate, pragmatic, and willing to work across the aisle. She dislikes protectionism and thinks we should try to cut the budget deficit in a balanced way. She doesn’t demonize Wall Street.

You may or may not like this, but it’s who Hillary Clinton has been forever. There are no surprises here. So while I may have skipped past a couple of small things too quickly on my first read, my overall opinion remains the same: There’s just nothing here that’s plausibly damaging, even when it’s run through the Donald Trump alternate universe pie hole. I guess we’ll find out tonight if I’m right.

POSTSCRIPT: It’s also worth noting that this is apparently the worst, most banker-sympathetic stuff they could find out of thousands of pages of speeches to bankers. If anything, this suggests that Clinton hasn’t privately said much of anything that’s especially friendly to Wall Street.