With 2 days left until our long national nightmare ends, we are now arguing about the statistical models underlying poll averaging. Seriously. Last night, Nate Silver got into a massive war with Huffington Post writer Ryan Grim after Grim published an article headlined “Nate Silver Is Unskewing Polls — All Of Them — In Trump’s Direction.” Grim basically accused Silver of applying an ad hoc correction to his polling model so that it would show a tighter race. Silver responded pithily: “This article is 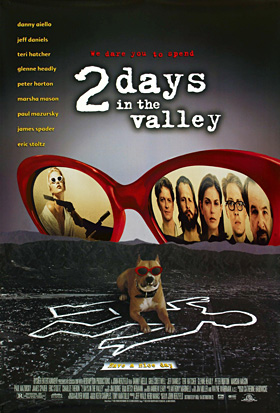 so fucking idiotic and irresponsible….The article made clear you have **no fucking idea** what you’re talking about.”

STEPHANOPOULOS:  Another variability that we’ve seen here right now. There have been a lot of other forecasts out there, Princeton Election Consortium, Huffington Post, several others — and The New York Times.  Yours is much more bullish for Donald Trump and more cautious on Hillary Clinton than theirs are. Why?

SILVER:  Because we think we have a good process [and, presumably, the other guys have lousy processes. –ed]….Look, you have some forecasts that show Clinton with a 98 or 99 percent chance of winning. That doesn’t pass a commonsense test, which is we’ve seen lots of elections where there’s about a three-point polling error. In 2012, in fact, Obama beat his polls in many states by about three points. If Clinton were to beat her polls by three points and you see something we call a borderline landslide, but if it goes the other way, and all of a sudden Trump could very easily win the electoral college.

I have a couple of comments. First, I don’t get the point of making a prediction about the percentage chance that a candidate will win. It’s useless. If Hillary Clinton wins, every pollster will be able to say they called it, because every pollster has her with more than a 50 percent chance. What’s the point of this? Better to just tell us the national and state averages, and leave it at that. I think everyone is smart enough to tell a tight race from a blowout.

Second, Silver is being a little disingenuous here. Have we really seen a “lot” of elections where there’s a three-point polling error in the poll averages? Sure, in some state contests, where there aren’t very many polls. But in a presidential election, where there are dozens? In the case of Obama 2012, Silver had Obama ahead of Romney by 2.1 points a couple of days before the election. Obama won by 3.9 points. Pollster was farther off, showing Obama ahead by 1.5 points. But even that’s still an error of only 2.4 points.

Silver’s point about a 99 percent chance of winning defying common sense is well taken. Stuff happens. Maybe all the polls are missing something. Even if Clinton were five points ahead, I’d probably still operate under the assumption that Trump had a one in twenty chance of winning. That said, a three-point lead with two days left really is pretty overwhelming. You can make a case that maybe Clinton will only win the popular vote by one point, but will then lose all the swing states and lose the Electoral College. But even that strikes me as a one-in-twenty kind of deal. If Al Gore had won the popular vote by 1 percent in 2000, he would have won the Electoral College handily.

Anyway, Hillary Clinton has been ahead of Trump by a steady 3-4 points for the past year, and I’ve come to believe that most of the variability in the polling averages is fictitious. On Tuesday, I’ll bet she wins by a solid 3-4 points, maybe a bit more because Trump’s ground game is so amateurish. That’s my prediction.

POSTSCRIPT: By the way, the latest ABC and NBC polls have Clinton up by 5 points.