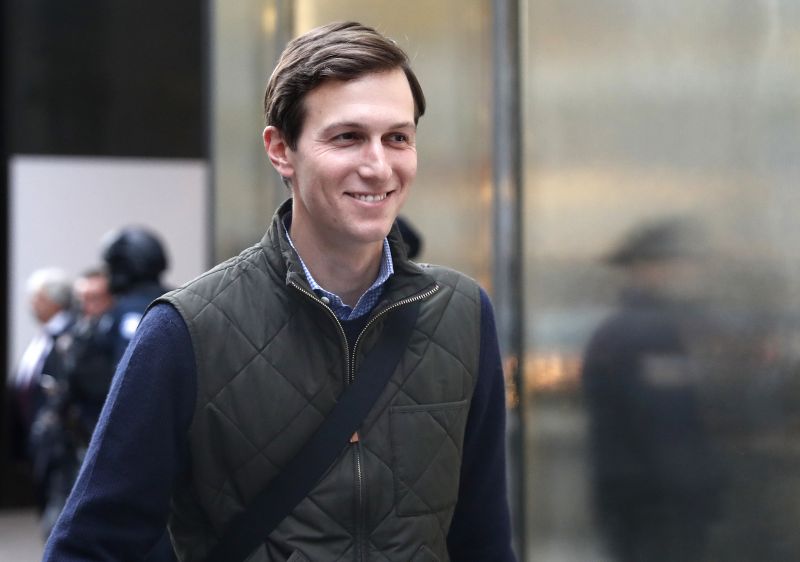 A former U.S. official with ties to the Trump team described the ousters of Rogers and others as a “bloodletting of anybody that associated in any way on the transition with Christie,” and said that the departures were engineered by two Trump loyalists who have taken control of who will get national security posts in the administration: retired Lt. Gen. Michael Flynn and Trump’s son-in-law, Jared Kushner.

Rogers had no prior significant ties to Christie but had been recruited to join the Trump team as an adviser by the former New Jersey governor. At least three other Christie associates were also pushed aside, former officials said, apparently in retaliation for Christie’s role as a U.S. prosecutor in sending Kushner’s father to prison.

Smoldering vengeance is about what we’d expect from Trump and his extended family, so I’m provisionally ready to believe this is what’s going on. Remember this?

Aboard his gold-plated jumbo jet, the Republican nominee does not like to rest or be alone with his thoughts, insisting that aides stay up and keep talking to him. He prefers the soothing, whispery voice of his son-in-law.

Kushner is Trump’s very own Grima Wormtongue! And he really, really, doesn’t like Christie. This is from July:

Sources close to Jared Kushner, who is Ivanka Trump’s husband, say that Kushner has been telling them that New Jersey Governor Chris Christie will be Vice-President over his dead body. Kushner, who is playing an increasingly active role in the campaign, has a bitter history with Christie. Christie, when he was the US attorney of New Jersey, prosecuted his father, Charles Kushner, in a case that grabbed national headlines. The elder Kushner, pled guilty to 18 counts of illegal campaign contributions, tax evasion, and witness tampering in 2005. He received a 2 year prison sentence.

The federal witnesses he had attempted to retaliate against were his sister and brother-in-law, who were cooperating with that same investigation. Kushner paid a prostitute $10,000 to lure his brother-in-law to a motel room at the Red Bull Inn in Bridgewater to have sex with him. A hidden camera recorded the activity, and Kushner sent the lurid tape to his sister, making sure the tape arrived on the day of a family party.