Today brings a reminder of the editorial judgment at work in our press corps. First, here is the New York Times on October 29, reporting on an ambiguous letter from FBI Director James Comey that literally added nothing to what we already knew: 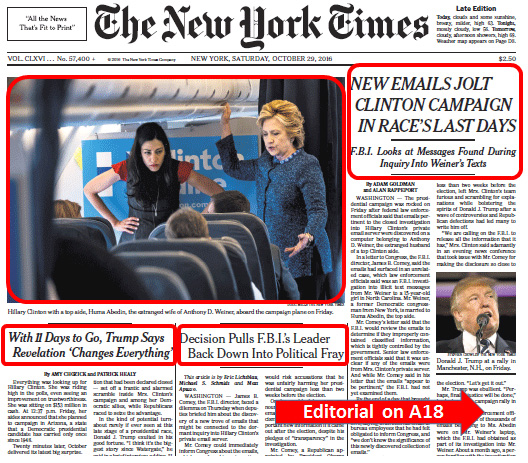 And here is the New York Times on December 10, reporting on concrete news that the intelligence community believes a hostile foreign power played a major role in getting a game show host elected president of the United States: 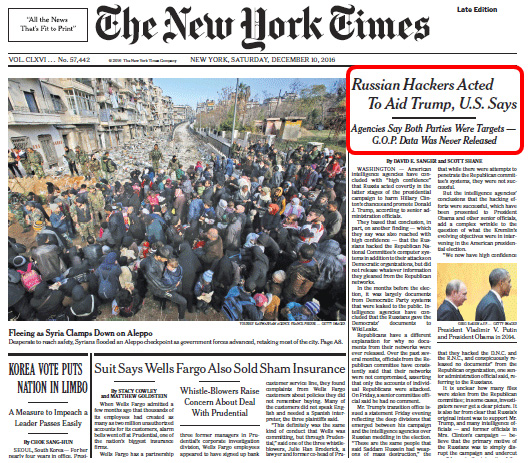