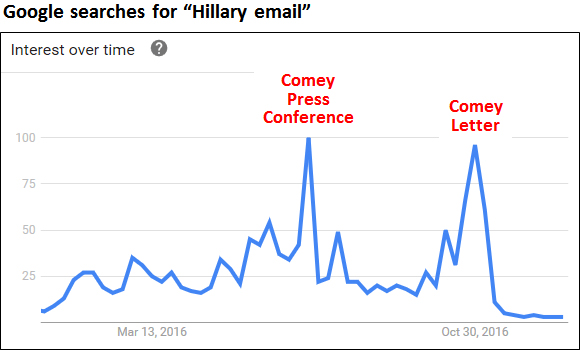 I know what you’re thinking. Are you ever going to give this a rest, Kevin? No, I’m not. There may be periods when I don’t happen to blog about it, but I’ll never give it a rest. This is the second time in five elections that an arm of the US government, rather than the voters, has appointed a US president. It will never, ever be far from my thoughts, and the least I can do is make this blog a one-stop shop for anyone collecting evidence about the effect of the letter Comey released 12 days before the election.