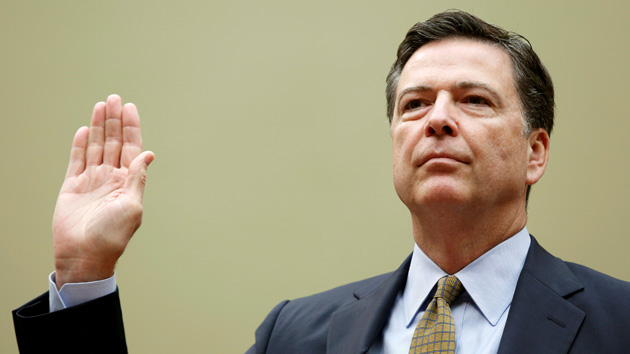 Over at Vox today, a trio of researchers takes a broad look at the evidence that FBI Director James Comey affected the election. Their conclusion:

The evidence is clear, and consistent, regarding the Comey effect. The timing of the shift both at the state and national levels lines up very neatly with the publication of the letter, as does the predominance of the story in the media coverage from the final week of the campaign. With an unusually large number of undecided voters late in the campaign, the letter hugely increased the salience of what was the defining critique of Clinton during the campaign at its most critical moment.

The appeal of big-picture narratives about demographics, along with anecdotal evidence of big mistakes by the Clinton campaign in certain key states, makes it easy to point fingers. But looking specifically at the three “Rustbelt” blue states mentioned at the beginning of the article, no unifying picture emerges. Most stories mention Michigan, where Clinton didn’t campaign, rather than Pennsylvania, where she campaigned intensely. Indeed, these three Midwestern states (Wisconsin being the third) provide essentially an A/B/C test of different campaign strategies — and in each state she came up just short.

If it weren’t for Comey, Hillary Clinton would have won the popular vote by about 6 points and the Electoral College by 70 or more. And that might have turned into control of the Senate as well, though that’s a little more speculative.

Democrats clearly need to focus attention on state and local races, where they have done steadily worse throughout the Obama years. But at the national level, they should resolutely avoid the circular firing squad. They didn’t lose because their message was unpopular or because they’re out of touch or because they’re insufficiently centrist or insufficiently leftist. That just wasn’t the problem. The Democratic message was fine; Democrats are perfectly well in touch with their constituencies; and they weren’t perceived as too unwilling to shake things up. Even with eight years of Democratic rule acting as a headwind, Hillary Clinton’s default performance was a substantial win.

The only reason it didn’t happen is because James Comey basically decided to call her a liar and a crook—based on absolutely no new evidence and with everyone in the world advising him not to—with 12 days left in the election. That was something she couldn’t overcome, and it has nothing to do with the basic Democratic message.

Needless to say, this is why Democratic senators were stunned yesterday when they asked Comey if the FBI was investigating Trump over his Russia ties, and Comey replied, “I would never comment on investigations — whether we have one or not — in an open forum like this, so I really can’t answer one way or another.”

In the definition of chutzpah, this might have to replace the murderous children who beg for mercy because they’re orphans. I try to maintain a relatively level tone around here, but I have to say it’s getting harder and harder these days. WTF IS GOING ON IN OUR COUNTRY?