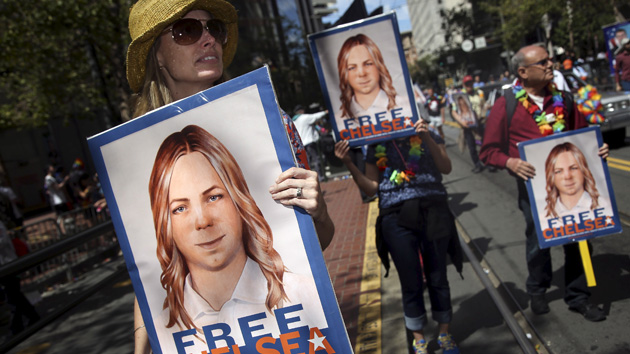 President Obama announced today that he is commuting the sentence of Chelsea Manning, who has spent nearly seven years in prison for leaking thousands of classified documents when she was stationed in Iraq as an intelligence analyst in 2010. She will be freed in May. James Joyner is not pleased:

This is just not right. Obama has commuted hundreds of sentences, as have previous presidents. By definition, these are acts of mercy that explicitly reduce a sentence imposed by the justice system. His commutation of Manning’s sentence is no more a big FU to the military justice system than his other commutations are big FUs to the civilian justice system.

What’s more, there are several reasons to believe that Manning deserves this show of mercy. She released only low-level documents, not top secret ones. She was clearly in a good deal of mental distress when she did it. And she pleaded guilty to most of the charges and apologized publicly for her actions.

The biggest disconnect between those who approve of her commutation and those who don’t is undoubtedly a simple difference of opinion about how serious her crimes were. But there’s another disconnect that’s less obvious because so many of us barely even notice it anymore: the United States is a wild outlier when it comes to the length of prison sentences. Manning was sentenced to 35 years in prison. A lot of people will shrug when they read that, but it’s insane by any kind of global standard. We hand out 15 and 20-year sentences like candy in America, while the rest of the world considers 5-10 years a severe sentence for anyone short of a serial killer.

Chelsea Manning will end up spending seven years in prison. By any non-crazy standard, that’s a very long sentence considering the circumstances of Manning’s crime. I don’t believe she was wrongly convicted—no government can possibly allow a soldier to expose a massive trove of state secrets without punishment—but I do believe that seven years is enough. Let it rest.