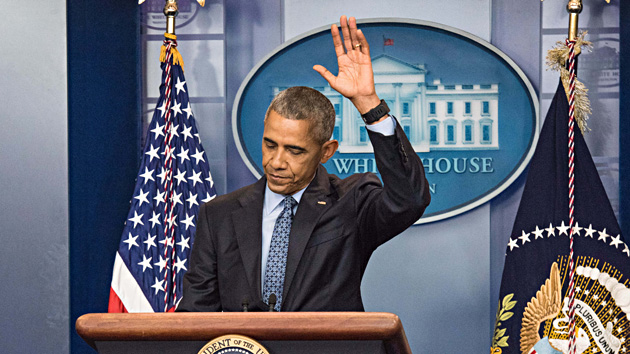 It’s less than 24 hours until Barack Obama leaves the White House. In eight years, here’s my top ten list of what he accomplished:

I’m keenly aware of all the criticisms you can make of this list: the stimulus wasn’t big enough; Dodd-Frank didn’t go far enough; Obamacare doesn’t have a public option; cap-and-trade failed; the surveillance state became permanent; there was no help for underwater homeowners; there are still troops in Iraq and Afghanistan; and so forth. These are all legit. Nonetheless, if you compare this list to other presidents of the past century, there aren’t more than three or four who can match it. Here in the real world, that’s pretty good.

On foreign affairs, Obama got better as he spent more time in office. In 2009 he approved a huge surge of troops into a hopeless fight in Afghanistan. In 2011, he resisted intervening in Libya but eventually agreed to a middling-size offensive. Finally, by 2013, he had learned his lesson and simply refused to allow more than a modest bit of engagement in Syria. And thank God for that. If we had committed seriously to Syria, we’d be fighting a massive two-front war there to this day. Anybody who thinks otherwise is just not paying attention.

In the end, Obama wasn’t a transformative president. But that’s a high bar: in my book, FDR and Reagan are the only presidents of the past century who qualify. Still, Obama turned the battleship a few degrees more than most presidents, and we’re all better off for it. He also brought a certain amount of grace and civility to the White House, as well as a genuine willingness to work across the aisle. In the event, that turned out to be futile, because Republicans had already decided to oppose everything he did sight unseen. But he did try.

I don’t know how much of his legacy will survive. A fair amount, I think, since repealing things like Obamacare, Dodd-Frank, and the Iran treaty are harder than they look. But some of it will fade or evaporate in the Trump era. And Obama was never able to make any headway against the anger that festers in the hearts of so many Americans toward the poor, the non-white, the non-male, the non-straight, and the non-Christian. Now this anger will guide our next four years. I miss him already, the best president of my lifetime.