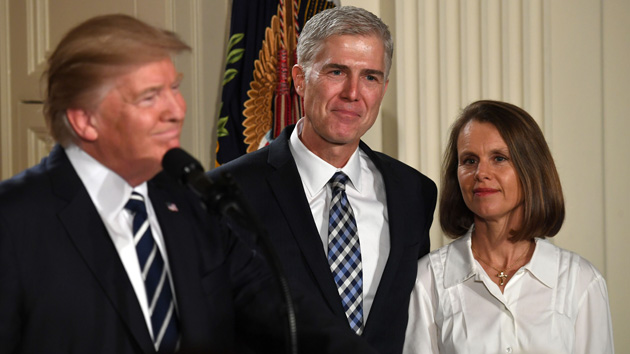 Lots of Democrats want to take a scorched-earth approach toward the confirmation of Neil Gorsuch, President Trump’s nominee for the Supreme Court. I’m totally on board with this. The Republican blockade of Merrick Garland was flat-out theft, and no party with any self-respect can let that go without a fight.

Still, I’m curious: how is this supposed to play out? If Democrats filibuster Gorsuch, then either Mitch McConnell kills the filibuster or he doesn’t. If he allows the filibuster to stand and Gorsuch is defeated, Trump will nominate another conservative. And no matter how much McConnell is dedicated to Senate institutions, the second time around he’d kill the filibuster for sure. He’s not going to allow Dems to filibuster Supreme Court nominees for four years, after all.

Substantively, then, it doesn’t matter much. We’re getting a conservative Supreme Court justice one way or another. But Jonathan Chait says a filibuster is important because Dems have to make McConnell own the brave new world he’s created. Richard Yeselson agrees:

Every word of this. Dems **must** try to block Gorsuch–and has nothing to do with Gorsuch personally. Force McConnell to kill filibuster. https://t.co/FNh0qxPvW8

I’m fine with this. But why is forcing McConnell to kill the filibuster a win for Democrats? Personally, I think they should block Gorsuch just to show they have a spine. I just don’t understand why anyone cares whether McConnell is forced to get rid of the filibuster.

POSTSCRIPT: When I first heard that Gorsuch was on Trump’s short list a couple of days ago, I thought: I know it’s just a coincidence, but I’d sure want to avoid anyone named Gorsuch. But no. It turns out it wasn’t a coincidence at all: Gorsuch is indeed the son of infamous Reagan EPA director Anne Gorsuch Burford. Enough with the dynasties!

ANOTHER POSTSCRIPT: Anne Gorsuch Burford did her best to tear down the EPA, and perhaps her biggest blunder was her determination to scrap the rules for phasing out lead in gasoline. Thank God she failed.