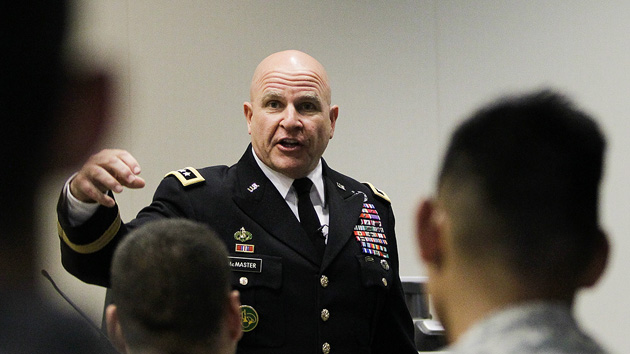 I can still remember a decade ago, when Col. H.R. McMaster, the hero of Tal Afar and genius of counterinsurgency, had been passed over for the second time for promotion to brigadier general. Did we ever find out who had it in for him? Probably not. In any case, he eventually got his star, and then another, and then another, and now he’s got an office in the White House:

….General McMaster had the aura of disruption that Mr. Trump has valued in several cabinet secretaries, said a senior administration official who insisted on anonymity to describe internal deliberations. Another candidate, Lt. Gen. Robert L. Caslen, the superintendent of West Point, impressed Mr. Trump as being “from central casting,” the official said. But the president wanted him to stay at West Point, which he reveres.

I see that Trump is using his usual keen management insights to choose the folks responsible for running our country. Luckily, he somehow decided that the guy from central casting ought to stay at West Point, and accidentally chose McMaster instead. This is probably a pretty good selection, so I guess we should all be grateful regardless of how we got there.

I wonder what McMaster thinks of K.T. McFarland? That seems to be a key prerequisite for NSA these days. I sure hope they get along, since I assume McFarland will have no problem using her personal connection with Trump to complain about McMaster behind his back if she doesn’t like what he’s doing.