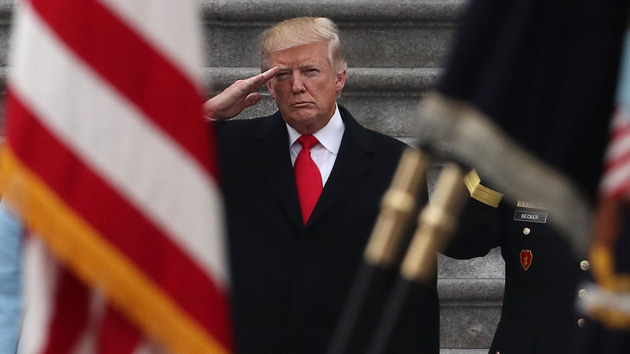 The raid in Yemen that went pear shaped on Saturday was originally planned under the Obama administration. However, they were unable to complete their detailed assessment before Obama left office. Then Trump and his team took over and—apparently—decided to speed things up:

Mr. Trump’s new national security team, led by Mr. Flynn, the former head of the Defense Intelligence Agency and a retired general with experience in counterterrorism raids, has said that it wants to speed the decision-making when it comes to such strikes, delegating more power to lower-level officials so that the military may respond more quickly. Indeed, the Pentagon is drafting such plans to accelerate activities against the Qaeda branch in Yemen.

That’s the New York Times. Here’s the Washington Post on the same subject:

“We expect an easier approval cycle [for operations] under this administration,” another defense official said…“We really struggled with getting the [Obama] White House comfortable with getting boots on the ground in Yemen,” the former official said. “Since the new administration has come in, the approvals [at the Pentagon] appear to have gone up.”

And here is Reuters:

Reading between the lines, Trump figured that Obama was a wuss and spent too much time over-litigating this stuff. He wanted action, so he approved the mission. It went badly, and now military officials are blaming Trump, telling reporters that he went ahead “without sufficient intelligence, ground support or adequate backup preparations.”

Is that really what happened? Or is the Pentagon throwing Trump under the bus for a failure that’s their fault? I suppose we might find out if Congress decided to investigate, but that would be out of character for them. After all, Congress rarely spends its time holding contentious hearings about missions in dangerous parts of the world that go south and get people killed. I can’t think of one recently, anyway.