In a new study, three NBER researchers looked at the results of misconduct in the financial industry. Their conclusions were stark:

Here’s a remarkable chart from their paper about how often financial advisors get fired and stay fired: 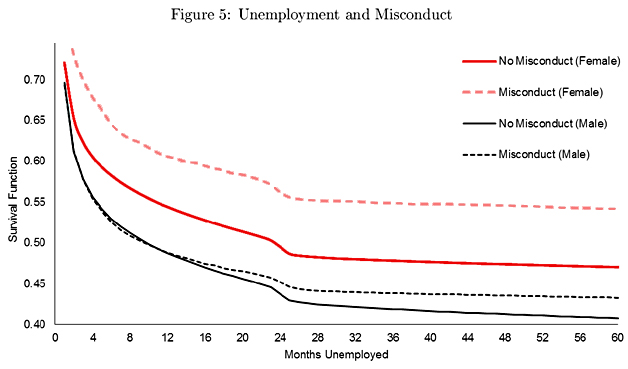 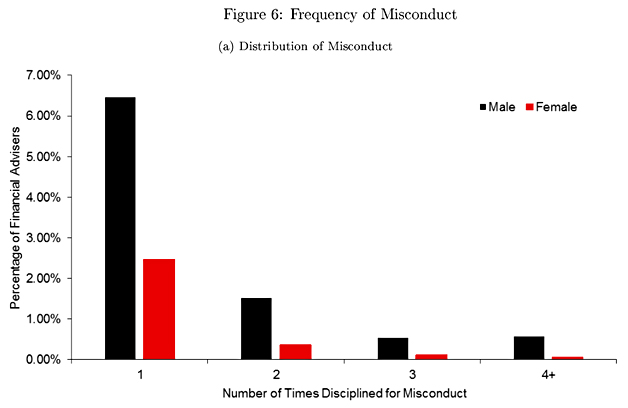 Finance is still a testosterone-fueled industry. Maybe it would be a safer one if we changed that.