Someday I will get bored of regaling you with pictures from my new camera, but that day is not yet. It turns out that burst mode is both a blessing and a curse.

First the curse. With my old camera, I never culled any of the photos I took. I just copied everything onto my desktop PC and left them there. Storage is cheap, and no matter how many pictures I took, I was never going to run out of room.

Then, a few days ago, I ran out of room. Not on the desktop machine, but on my tablet, which is synced to the desktop. For some reason, Microsoft uses MicroSD for expansion memory on the Surface Pro 4, and at the time I got it that meant a maximum size of 128GB. But the new camera takes pictures that are about twice the size of the old Canon, and burst mode means I can crank through a couple of thousand shots in a few days. So the Surface croaked.

In the short term, the answer was a bigger memory chip, which is thankfully available now. In the longer term, it means—what? Going through all the files every time I transfer them and weeding out 90 percent of them? That sounds tedious. Stop syncing some of the folders? I’m tired of that. It’s handy to have everything available everywhere at all times. I’ll have to ponder this.

But burst mode is a blessing too. I’ve tried a few times in the past to get a picture of Hilbert scurrying down a tree after climbing onto the roof, but I could never do it. My old camera had terrible shutter lag, slow autofocus, and no burst mode. Unless I timed it perfectly—and I never did—I couldn’t get the shot.

But burst mode plus fast autofocus makes it easy! Check it out: 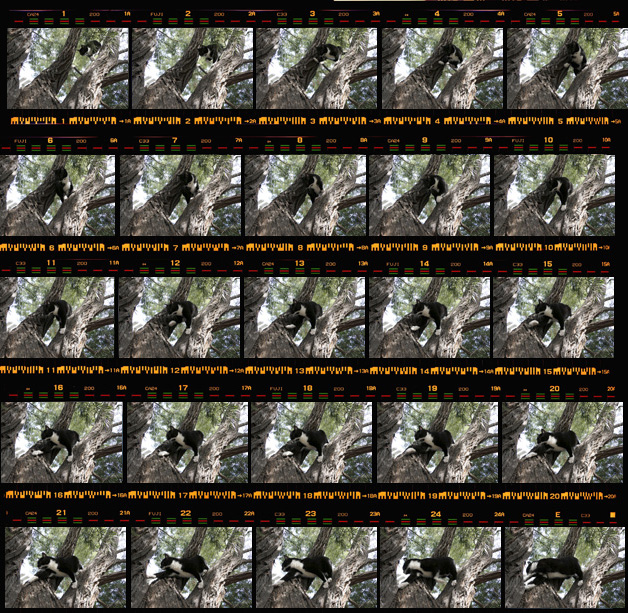 Now we can all pretend to be Vogue editors, choosing just the right shot for this month’s cover. I chose No. 3, which shows Hilbert at his graceful best: 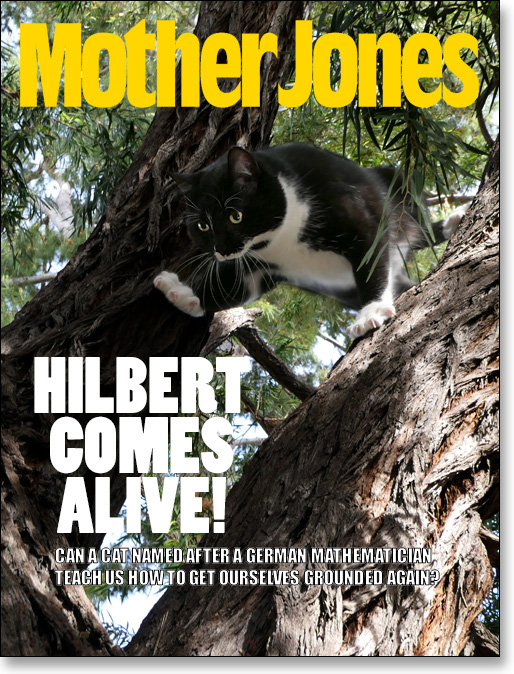 So there you have it: better action photography, but lots and lots of gigabytes. Is there a solution that’s neither mind-numbingly tedious nor exorbitantly expensive?