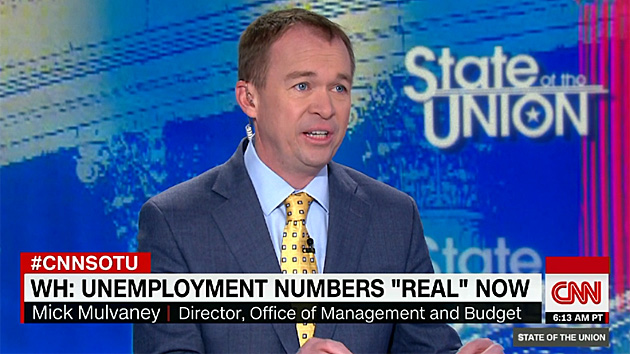 President Trump has already claimed that Barack Obama left him an economy in a “mess”; that Obama is probably behind all the protests and leaks; and that Obama had him wiretapped during the campaign. Now along comes OMB Director Mick Mulvaney to add yet another ugly accusation:

We thought for a long time, I did, that the Obama administration was manipulating the numbers in terms of the number of people in the workforce to make the unemployment rate, that percentage rate, look smaller than it actually was.

These folks just don’t stop. This isn’t quite as bad as the wiretapping thing, but it’s still plenty appalling. Then there was this:

The BLS did not change the way they count, I don’t think, but you can have a long conversation when you’ve got a numerator and a denominator, how to arrive at a percentage.

Oh FFS, it’s a pretty short conversation even for a sixth grader. Here’s the formula:

There are no alternative ways of doing it. Here’s a pretty chart for Mulvaney showing the numerator, denominator, and unemployment rate for the past decade: 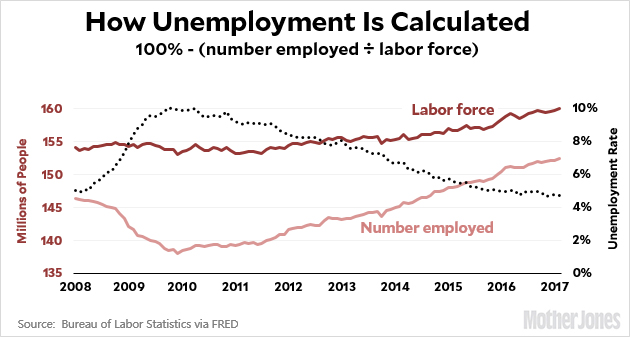