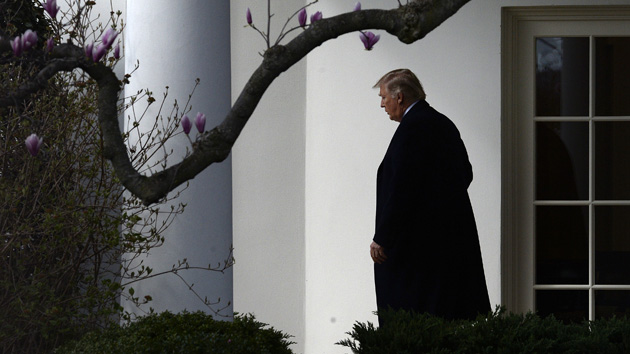 Over at the Washington Post, Philip Rucker, Robert Costa and Ashley Parker report on the Trump White House:

Trump was mad — steaming, raging mad….“He was pissed,” said Ruddy, the chief executive of Newsmax, a conservative media company. “I haven’t seen him this angry.”…At the center of the turmoil is an impatient president increasingly frustrated….Trump [] has been feeling besieged, believing that his presidency is being tormented in ways known and unknown by a group of Obama-aligned critics, federal bureaucrats and intelligence figures….The next morning, Trump exploded….Trump summoned his senior aides into the Oval Office, where he simmered with rage….In a huff, Trump departed for Mar-a-Lago….Trump was brighter Sunday morning as he read several newspapers, pleased that his allegations against Obama were the dominant story, the official said….But he found reason to be mad again.

That’s the president. Here’s his chief of staff, Reince Priebus:

As reporters began to hear about the Oval Office meeting, Priebus interrupted his Friday afternoon schedule to dedicate more than an hour to calling reporters off the record to deny that the outburst had actually happened, according to a senior White House official….Ultimately, Priebus was unable to kill the story. He simply delayed the bad news, as reports of Trump dressing down his staff were published by numerous outlets Saturday.

In other words, the president’s chief of staff spent a full hour of his time on Friday lying to reporters off the record. Why? To cover up for the fact that Trump routinely melts down when he gets bad press. The only thing that cheered him up was all the attention he got when he told an outrageous lie about Barack Obama.

Finally, this: “Some Trump advisers and allies were especially disappointed in Sen. Marco Rubio (Fla.), who two days earlier had hitched a ride down to Florida with Trump on Air Force One.” This is truly their world view. Trump let Rubio fly on Air Force One, so Trumpworld expected Rubio to back up Trump’s lie. Transactional to the end.

And this: the Post’s story was based on 17 interviews with “top White House officials, members of Congress and friends of the president.” In other words, people who are basically sympathetic to Trump. What’s up with that? Do these people really think that painting Trump as a petulant two-year-old will make him look better?