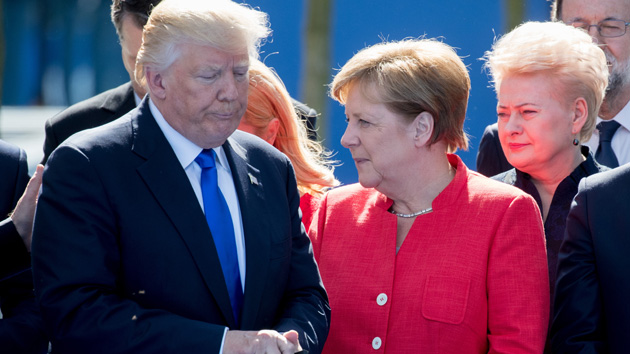 This from Der Spiegel:

US President Donald Trump complained bitterly about the German trade surplus on his meeting with the EU top in Brussels. “The Germans are evil, very evil,” said Trump. This was learned by the SPIEGEL from participants in the meeting. Trump said, “Look at the millions of cars they sell in the US, and we’ll stop that.”

….According to a report from the “Süddeutsche Zeitung”, the EU side was terrified about the lack of awareness of the Americans about trade policy. Apparently, it was unclear to the guests that the EU countries concluded trade agreements only jointly.

Two comments. First of all, this is a remarkably lifelike translation from Google Translate. There were a few hiccups elsewhere, and I doubt that Trump called the Germans “evil.” I’m guessing he called them “nasty,” which Spiegel translated to “böse,” which Google then translated back to “evil.” Nevertheless, I could read the entire article and figure out what everything meant without any trouble.

Second, forgodssake, when are the Trumpies going to learn that they can’t do a trade deal with only Germany? It’s the whole EU or nothing. Last month we heard reports that Angela Merkel had to tell Trump a dozen times before he finally got it, but it sounds like he’s already forgotten.

UPDATE: It turns out that Trump said bad, not nasty or evil.