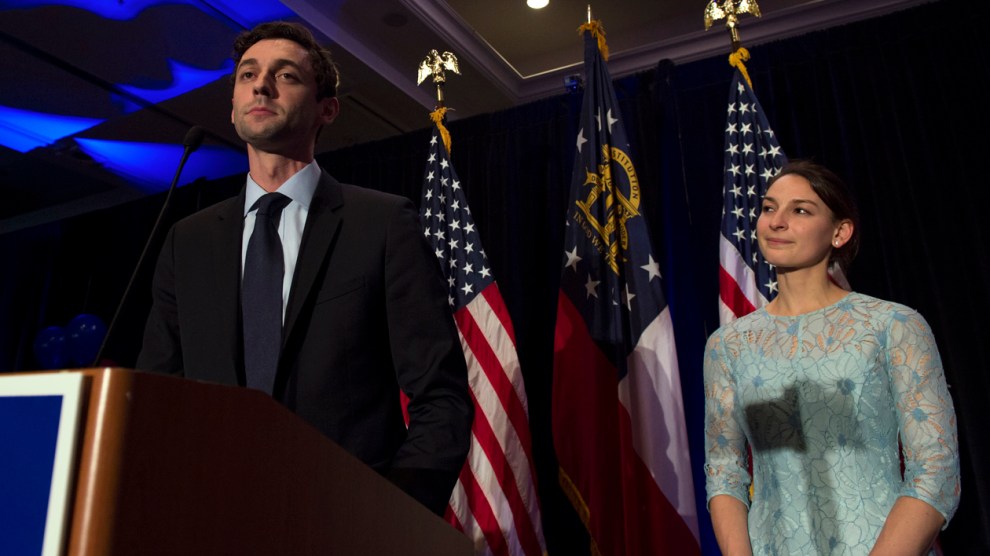 At the risk of sounding a little too Kevin Drummish, everyone should settle down about Jon Ossoff’s loss last night. Also all the other Democratic losses recently. They just don’t tell us very much.

On the one hand, Democrats did a lot better than they had recently. On the other hand, parties always do better in open seats than they do running against incumbents. The “swings” of +20 or +15 or whatever are nice to see, but they don’t mean a whole lot.

It’s also way too early to draw any conclusions anyway. Keep in mind that Republicans haven’t even done anything yet. Twelve months from now, who knows what they will have accomplished? Passed a suicidal health care bill? A huge tax cut for the rich? Gotten us into a two-front war in the Middle East? Withdrawn from NATO? Declared that lead is healthy and mandated that it be put back in gasoline? Who the hell knows?

If Democrats want to win, they just need to do all the usual stuff. Find good candidates. Create an effective message. Close the character assassination gap. Raise lots of money. In other words, all the things they’d do if Hillary Clinton were president instead of Donald Trump.

Oh, and stop sniping at each other. Every district will require a different kind of candidate. Moderates for red places, liberals for purple places, Bernie-approved lefties for blue places. It’s all good.