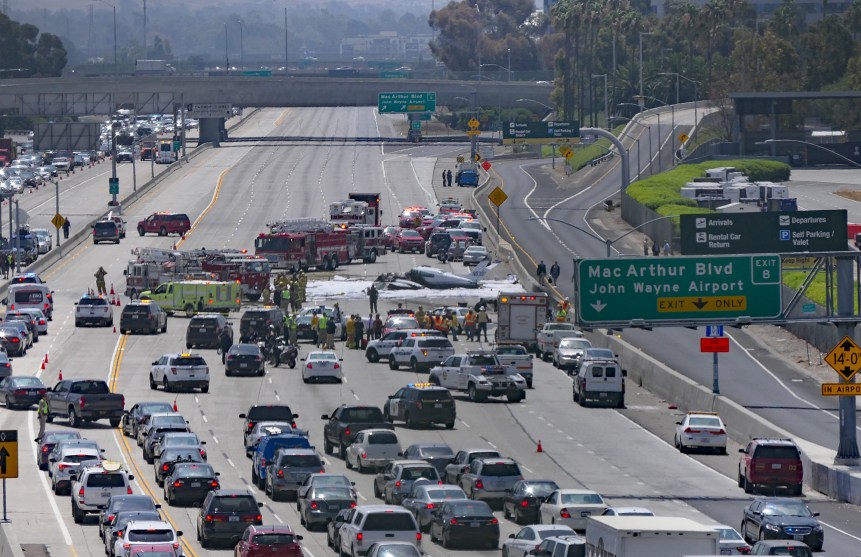 A private plane declared an emergency this morning shortly after taking off from John Wayne airport here in Orange County. The plane immediately turned around, but missed the runway and instead landed on the 405 freeway. It burst into flames, and the pilot and a passenger were injured. Cub reporter Kevin Drum was on the scene after the airport had been reopened.