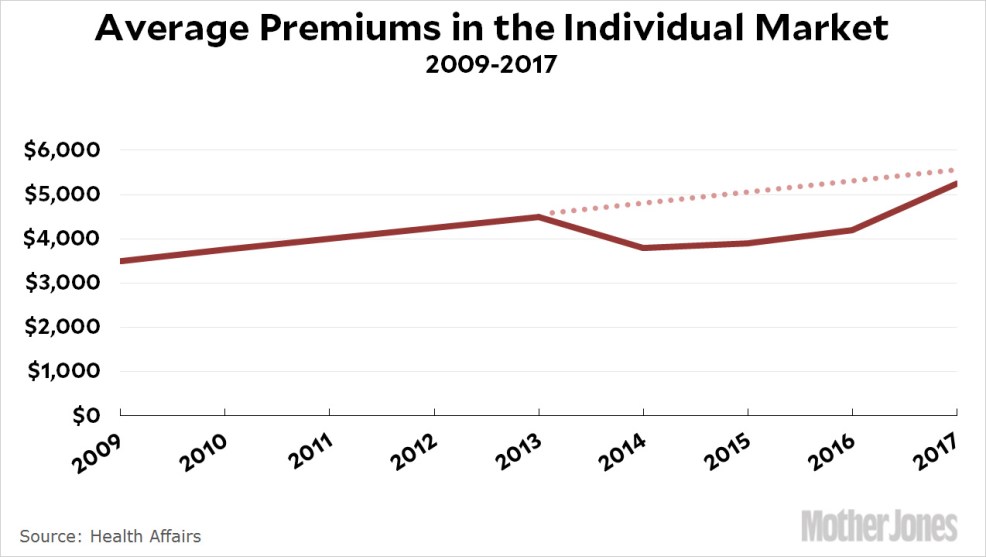 The fun folks at Vox asked eight Republican senators to explain what they want their health care bill to do. That is, what problems should it solve and what benefits should it provide for ordinary Americans? The results are mostly pretty hapless, and Chuck Grassley in particular is getting lots of Twitter play for his usual Grampa Chuck schtick.

But if you read closely, it turns out that all of them aside from John McCain actually do have a common goal:

McCain: “What are the big problems it is trying to solve?” “You name it.”

Grassley: “The rates could be way up here. [Points to sky] And if they — if we get a bill passed, it maybe wouldn’t go up or would go up a heck of a lot less than they would without a bill.”

Boozman: “We’ve got so many people in Arkansas, premiums have gone up 128 percent in the past four years….And so hopefully we’ll deal with some of those problems.”

Wicker: “It will moderate prices for premiums.”

Murkowski: “I continue to hear stories of great frustration. Increasing premium costs. Increasing share of deductibles….When you ask Alaskans about their stories and what they want, they need increased affordability. Because we are slammed in every category, with premiums and the cost of care.”

Cruz: “The most important objective in repealing Obamacare is to lower health insurance premiums.”

Capito: “First of all, we’ve got to stabilize the market of the places…whose premiums are skyrocketing, whose deductibles are through the roof. This is a real phenomenon.”

Portman: “It’s the cost of health care. Premiums and copays and deductibles have skyrocketed compared to what was promised.”

Seven out of eight Republicans surveyed agree that rising premiums and deductibles are the key problem they’re trying to solve. In the House bill, Republicans actually did deliver this. However, they did it by reducing coverage levels—which naturally makes policies cheaper—and by making coverage too expensive for older people, who have the highest premiums. In other words, they did it in a way that produces a mathematical reduction, but not in a way that actually helps people in the real world. It was a bit like reducing “average” outlays on Geritol by cutting the recommended dose in half and ending sales to anyone over 50.

Will Senate Republicans do the same? Or do these senators want to reduce premiums on the coverage people actually have right now? I think you know my guess, but I suppose we’ll just have to wait and see. So far it’s still a secret.