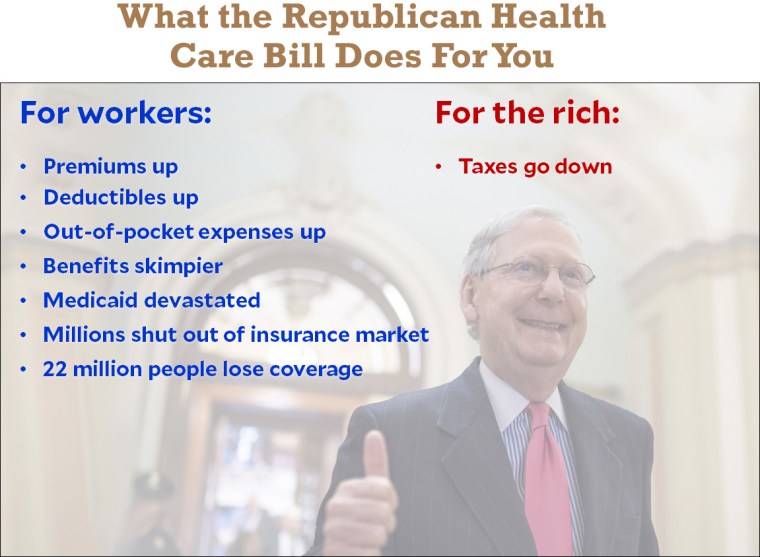 Facing resistance from their own party, Senate Republican leaders said Tuesday they would postpone a vote on their healthcare bill until after the July 4th recess, according to two sources familiar with their thinking….Senate Majority Leader Mitch McConnell wants to provide more time to try to convince reluctant GOP senators to vote for the measure.

Conventional wisdom says that time is not McConnell’s friend. In fact, it turns out that even a week was too much time. I’d like to say that the Senate bill was just too appalling even for Republicans to take, but I’m not sure that’s quite right. After all, a lot of the pushback has been from tea-party types who think the bill isn’t brutal enough.

In any case, the summer recess will now be an opportunity for Republican senators to find out just how dangerous a Yes vote really is. The progressive community needs to make sure they find out. And don’t forget to recruit your moderate conservative friends too. They probably have more influence with your local GOP senator than you do.