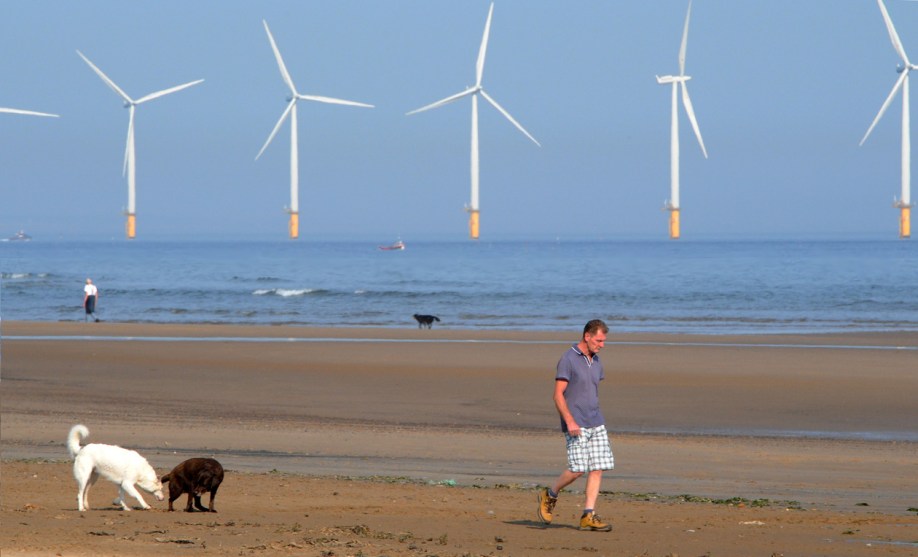 Last night I read “The Uninhabitable Earth,” by David Wallace-Wells. That’s because I’m willing to read pretty much anything by David Wallace-Wells. His piece is self-consciously a worst-case doomsday scenario that describes what could happen if the earth’s temperature rises a lot and we don’t do anything about it. “No matter how well-informed you are,” says Wallace-Wells, “you are surely not alarmed enough.”

This morning I woke up to a bunch of criticisms of the article from the climate change community. They seemed to fall into two camps:

I haven’t seen any good evidence for serious factual errors. Michael Mann says that Wallace-Wells exaggerates “the near-term threat of climate ‘feedbacks’ involving the release of frozen methane,” and calls out “erroneous statements like this one referencing ‘satellite data showing the globe warming, since 1998, more than twice as fast as scientists had thought.’ ” I would ding Wallace-Wells for some sloppy phrasing here, but that’s all. He briefly mentions the warming power of methane in permafront, but fails to put it in context (released over a long period, as is most likely, melting permafrost will have a modest effect). And new satellite data shows a doubling of warming since 1998 in the satellite data, not in overall climate projections. These things should have been written more accurately, but they’re hardly fact-checking felonies.

The bigger criticism, then, is that Wallace-Wells is trying to scare the hell out of everyone, and that’s just not productive. Here is Andrew Freedman:

The science can be scary, but it shouldn’t be paralyzing, and it certainly doesn’t justify worrying about whether humans will even be able to survive on this planet by the end of this century.

….Wallace-Wells does accurately capture the prevailing optimistic attitude of many climate scientists, including those who have been studying this issue for decades….Katharine Hayhoe, a climate researcher at Texas Tech University, possesses the optimism that Wallace-Wells writes about….“The time to act is now — but not out of fear, with panicked, knee-jerk reactions that burn us out,” Hayhoe said. “We need to act based on measured hope and confidence that the science is right, the impacts are serious, and there are solutions to the gravest threats climate change poses if we choose them now.”

In more than a decade of reporting on climate science and policy, I have yet to meet a pessimistic climate scientist. Sure, they know better than most people what unfortunate scenarios lie around the corner, but they also have faith in people to work to avert them.

This is not really a criticism, though. It’s just a disagreement about the nature of the human race. How optimistic are you that human beings will respond fast enough to avert the worst effects of climate change? Hayhoe is pretty optimistic. Freedman is pretty optimistic. Wallace-Wells thinks they’re whistling past the graveyard, and we humans could stand to have our noses rubbed in exactly what kind of danger we’re facing.

Is this productive? Or does it just make people feel depressed and unlikely to work toward change? Good question. I don’t know the answer, and I don’t think climate scientists have any special insight into this. But this gives me an opportunity to say something that’s been on my mind for years now.

I don’t write as much about climate change as I used to. This isn’t because I’ve decided it’s not really all that dangerous. On the contrary. I’m mostly on Wallace-Wells’s side here. The science actually seems to have gotten more frightening over the past decade.

At the same time, I’ve also found myself moving to Freedman’s side, at least to the limited extent that gloomy messages aren’t effective ways of provoking action. This started years ago, when I read Break Through by Ted Norhaus and Michael Shellenberger. At the time, I criticized their view that environmentalists should quit focusing so much attention on energy regulations that people don’t like, but I’ve steadily moved closer to agreeing with them. Taken as a whole, I just don’t think that people are altruistic enough to accept regulations that are sufficiently painful to do the job. I’ve also been influenced by other articles, like Chris Hayes’s piece in the Nation that effectively asks: What are the odds that anyone is going to leave $10 trillion worth of fossil fuels in the ground and never use them? He compares this to the value of slaves owned in the antebellum South, with the obvious implication that it took a brutal civil war to wrest that wealth away from slave owners, and it might take something similar to stop Exxon and Aramco from pumping every last molecule of carbon out of the earth.

So where does this leave us?

All of these suck. I think it’s likely that none of them work. Not well enough, anyway. Luckily, there’s one other possibility:

I’m hardly the first person to suggest this, and I’m not naive about the “massive amounts of public money” part. But here’s the good news: this strategy requires no real sacrifice from voters. In fact, it’s probably great for most of them.

We’re very close already to having the technologies we need to eliminate 90 percent of our fossil fuel use: cheap solar, cheap wind power, and cheap battery storage. The problem is that we need to deploy them ten or twenty times faster than we’re doing right now. Fortunately, this is good news, because that kind of infrastructure buildout would be a huge economic stimulus for the entire world. This isn’t the reason to do it, but it’s certainly something that makes it easier. Maybe this is funded by a progressive carbon tax. Maybe by taxes on the rich. Maybe with eye-watering deficits. I don’t know. But the economy would boom, fossil fuel use would plummet, the rich would still be rich, and the planet would be saved.

I’m not pretending this is nirvana. Basically, I’m asking, What would we do if we discovered aliens who were 50 years from earth and were going to destroy us? The answer is that the entire world would go on a war footing—which is exactly what we need to fight the alien invasion of climate change. But as hard as this would be, at least it would rely on a burst of positive energy, not constant guilt-mongering. It would provide a tailwind for big funding increases in R&D, which creates a virtuous circle. It doesn’t pit rich countries against poor countries. It doesn’t require tons of new treaties or EPA regulations, which would allow the Republican Party to stop pretending that climate change doesn’t exist. And if we need to award massive infrastructure contracts to fossil fuel companies to get them on board—well, we’ve made worse alliances in the past for a good cause.

So we need two things. First, all good wars require a scary enemy, and doomsday writing can help with that. Second, we need a different approach to fighting the war, one that works with human nature instead of against it. If greed is what’s standing in our way, then let’s figure out how to make greed work for us instead.

That’s where I am these days. I’m hardly opposed to the usual agenda of regulating our way out of climate change, but I’m not very optimistic that it will work. We should try something different.