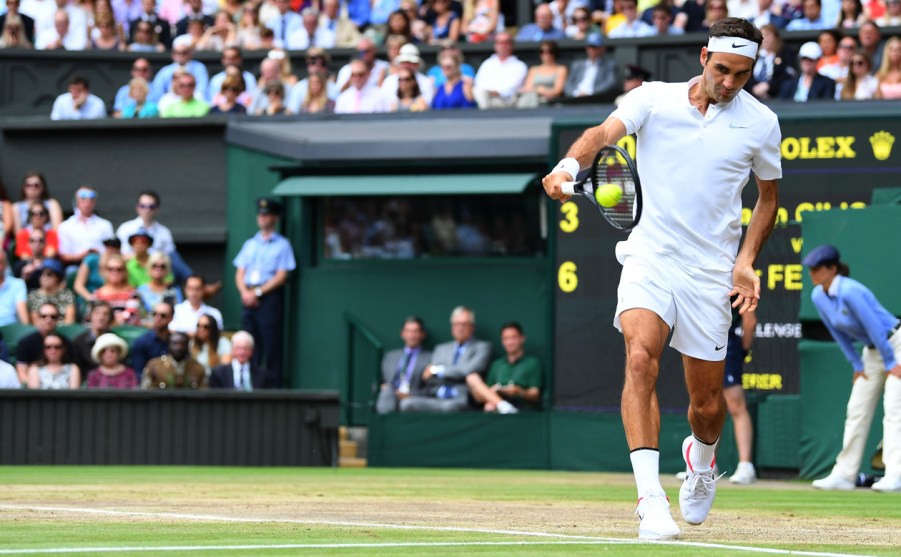 A few years ago Roger Federer was 32, retirement age for most men in the world of pro tennis. But instead of either retiring or accepting a few final years of declining play, Federer decided to switch rackets. This may not seem like too big a deal to you and me, but to a top player it’s almost like learning to use a prosthetic arm. It takes endless practice to rebuild your game around the new frame.

But Federer wanted a more reliable backhand, and a bigger frame was the way to get it. So he spent two years grinding away, learning to get accustomed to his new, larger racket. Then, just as it was starting to pay off, he injured his knee and had to get it surgically repaired. That meant more months of rehab.

Finally, this year, with his knee rebuilt and his game retooled, he started playing again at age 35. On his first outing at a major tournament, he won the Australian Open. Then he won the Indian Wells tournament. Then the Miami Open. Yesterday he won his eighth Wimbledon, breaking the record set by Pete Sampras. He doesn’t yet have his #1 ranking back, but there’s not much question that he’s currently the best player in the world.

Most of the other top men on the ATP tour are showing their age. Andy Murray is out for six months with a hip injury. Novak Djokovic is declining for reasons that are sort of mysterious. Rafael Nadal continues to be the king of clay, but he’s won only a single hardcourt major since 2010, and none in the past four years.

Federer is sort of ageless, but there’s more to it than that. He may have been an old dog, but he was willing to put in the long, exhausting slog it took to learn a new trick. Now, with a better backhand than he had when he was 25, he’s ready to fight for the #1 ranking again.

On a different scale, anyone can do what Federer did. But it takes hard work and a willingness to move outside your comfort zone. How many of us are willing to do that?