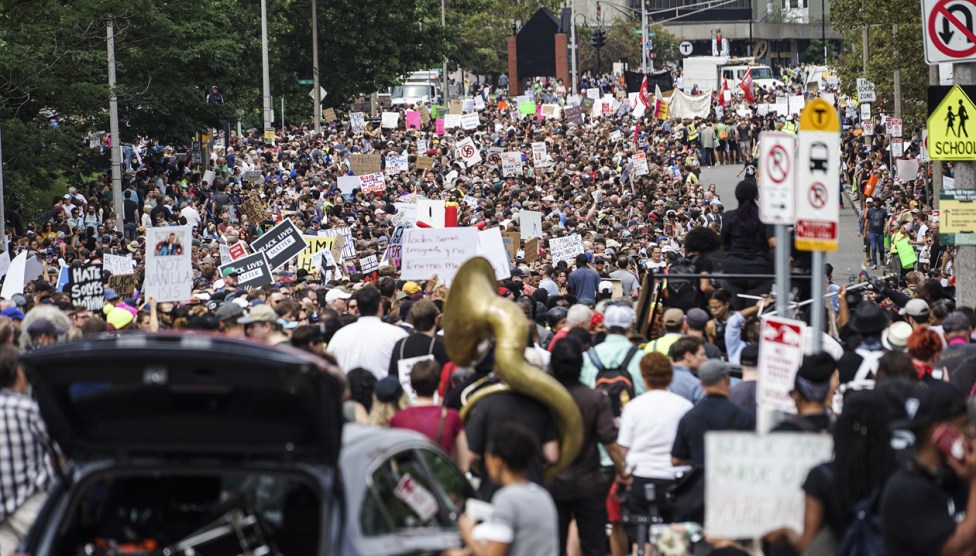 Violence just helps the white supremacists; it’s a great recruiting tool for them; and it can easily spiral out of control. Also, we’re liberals. We’re the ones who think violence is a last resort.

So how do we stop these assholes? For my money, we do it like this:

The truth is that white supremacist groups are pretty small. Their views are so obviously vile that they just don’t appeal to very many people. Generally speaking, then, the answer isn’t to fight them, it’s to outnumber them. If they announce a rally, liberals should mount a vastly larger counter-rally and…do nothing. Just surround them peaceably and make sure the police are there to do their job if the neo-Nazi types become violent. If antifa folks show up with counter-violence in mind, surround them too.

Nonviolence isn’t the answer to everything, but it is here. The best way to fight these creeps is to take their oxygen away and suffocate them. Fighting and bloodshed get headlines, which is what they want. So shut them down with lots of people but no violence. Eventually they’ll go back to their caves and the press will get bored.

Of course, all of this depends on our president not doing anything further to support their cause. If that happens, I reserve the right to revise and extend my remarks.

Looks like many anti-police agitators in Boston. Police are looking tough and smart! Thank you.