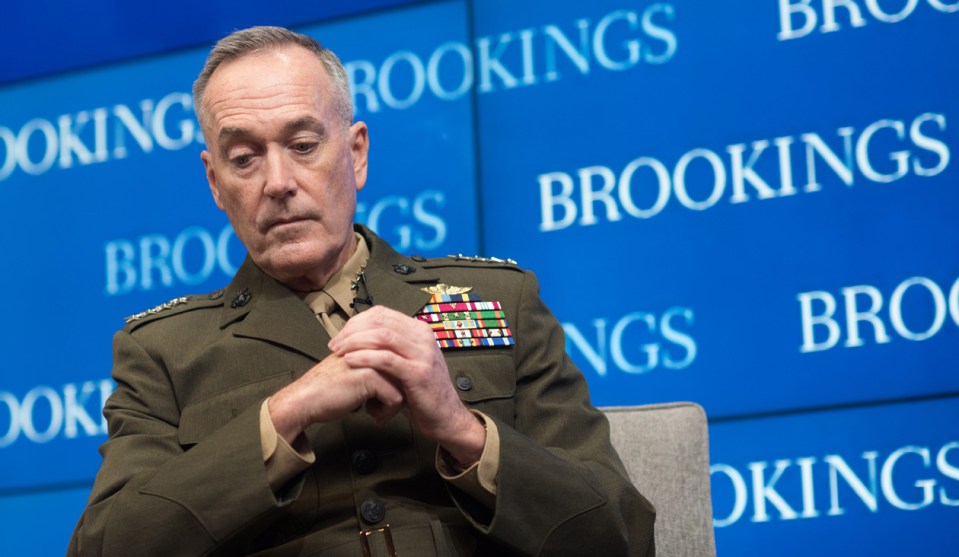 Zack Beauchamp has an interesting piece today about the lack of a robust Democratic alternative on foreign policy. Democrats and Republicans differ pretty clearly on social and economic issues, but when it comes to foreign affairs and national security the differences are pretty minuscule. Why?

On issue after issue, from the war in Afghanistan to the rise of China, Democrats have little exciting to offer. Democratic members of Congress are happy to give fiery speeches condemning Trump’s policies on terrorism or Russia, but that’s not very different from what Republicans did on health care while President Barack Obama was in office.

….Why are Democrats so bereft on foreign policy? To find out, I talked to a half-dozen people with experience in the liberal foreign policy world, ranging from congressional staffers to professors to former White House officials. Most of them pointed the finger at something that might not seem obvious: Think tanks.

….Another part of the problem appears to be liberalism itself: The liberal base is highly divided over the use of American military power and Washington’s place in the world. No one seems to know how to overcome this. But there’s a clear consensus in liberal circles — even at the highest levels — that the lack of think tank firepower is a real problem.

This is not really news. The fact that there’s a fairly broad bipartisan consensus on foreign policy is pretty well known—and frequently bemoaned by lefty critics of American military intervention.

But I think this view understates the problem by looking for uniquely American causes like think tanks. Take a look around the world. There are obviously differences in foreign policy among rich countries. Germany is less hawkish than the US. France is more interested in Africa. Small countries don’t even pretend they have much influence over foreign affairs.

But those are mostly small differences. Everyone hovers around a fairly similar approach to foreign affairs, mostly following a fairly simple rule: the bigger the country, the more likely it is to throw its weight around. Take a look at the Big Six: the US, Russia, China, Britain, Germany, and France. Is there really much difference? Only Britain joined us in the Iraq War, but others were happy to join us in Afghanistan. Britain voted against intervention in Syria, and that started a chain reaction revealing that America wasn’t really very excited about it either. President Obama was reluctant to take the lead in Libya, so France did so instead. Russia has been aggressive along its border (Ukraine, Georgia, the Baltics) and China has been aggressive along its border (India, the South China Sea). Nobody is really in favor of North Korea having nuclear capability, but no one is really willing to do much about it either. America has a huge spying apparatus that gets a lot of attention, but it turns out that plenty of other countries do too—and our allies work hand-in-glove with the CIA and NSA even if political expediency forces them to occasionally denounce us in public.

So look beyond think tanks. Look beyond America. Look beyond the 21st century. Just ask yourself this: how different is the United States today from powerful countries over the past few centuries? Not much, really. The technology has changed a lot, but the basic worldview hasn’t.

This is why it’s hard for Democrats to form a really robust counterweight to “right-wing foreign policy.” It’s because consensus foreign policy isn’t really all that right-wing. All the yelling and shouting mostly serves to hide the fact that substantive differences between the parties are fairly modest. Even the biggest foreign policy disagreement of recent times, the Iraq War, was supported by about half of all Democrats. Interventions like Afghanistan, Libya, Syria, and Yemen have fueled plenty of partisan sniping, but hardly any substantive disagreements at all. Democrats and Republicans can switch their views toward Russia with hardly a blink because their views weren’t all that different to begin with. In other words, the reason mainstream think tanks don’t produce a lot of alternatives is because there aren’t many customers asking for them.