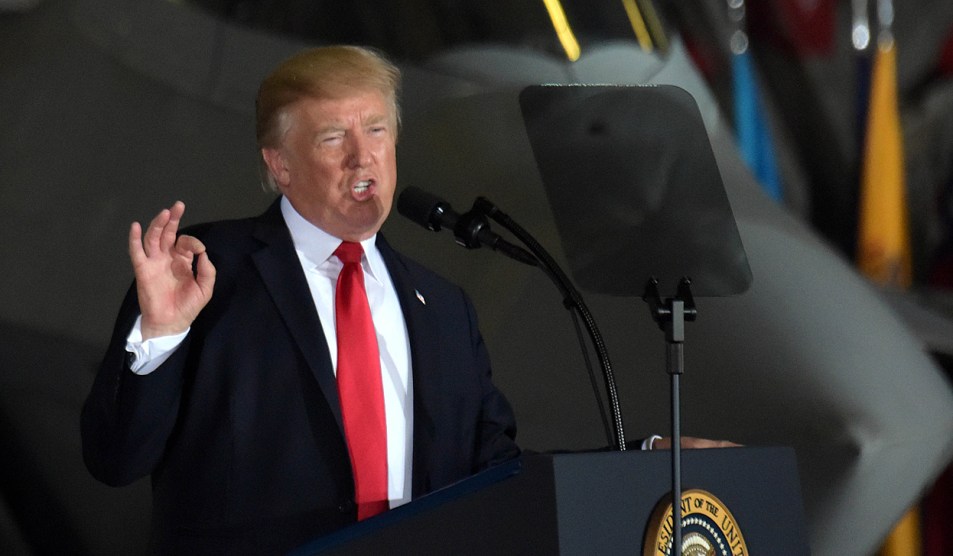 From President Trump, explaining his goal for tax reform:

We’re going to bring the individual rate to 10 percent or 12 percent, much lower than it is right now.

Boo yah! This would be quite a cut from the current top rate of 39.6 percent. Even Grover Norquist doesn’t dream of tax rates like this. That means it’s time for another round of “WTF was he talking about?” Let’s review our options:

Hmmm. I think I’m going with Option 4. The Post phrased this diplomatically: “It wasn’t clear exactly what he was referring to and the White House didn’t immediately clarify his intention.”

No worries, though, I’m sure the White House will explain things soon. There’s probably already some poor schmoe staying up all night looking for something—anything—that the Republican plan will plausibly reduce to 10 or 12 percent.

Here’s a hint: adjusted gross income. Currently, individual income taxes are about 14 percent of reported AGI. A tax plan that reduced this rate to “10 or 12” percent would represent a tax cut of 15-30 percent. That’s the ticket, I think.

Alternatively, the White House could just invent some new numbers of their own. Or declare that the press is playing “gotcha games.” Or insist that the president can say whatever he wants, and Beltway elites will never stop him from talking directly to the common man. Or claim ignorance until reporters get tired of asking. All of these have worked well for them in the past.

POSTSCRIPT: The Post also reports that Republicans are “looking for a way to keep their plan from being a massive windfall for the wealthiest Americans.” Hahahaha. Sure they are. DC journalists crack me up sometimes.