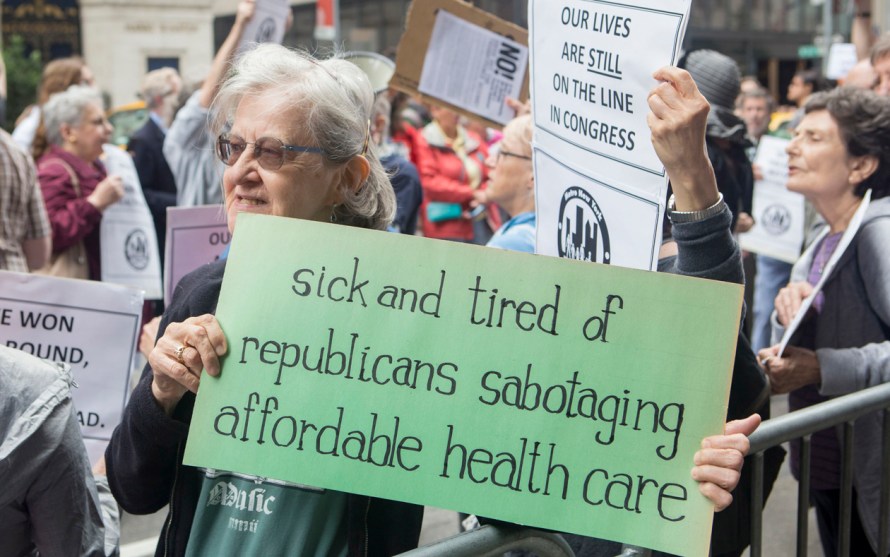 Cassidy-Graham, the last-ditch effort by Republicans to replace Obamacare, is probably going nowhere. But how about a more modest bipartisan bill to authorize Obamacare’s CSR subsidies? No dice, apparently:

Meanwhile, a bill aiming to bring the parties together to shore up insurance markets is in jeopardy, people close to the negotiations said…GOP legislators have been open to authorizing the funds, and insurers have warned they would have to raise premiums or pull out of insurance markets if the funds disappear. But Republicans say that in return, they want to offer states more flexibility in implementing the ACA.

…Even if Senate Republicans and Democrats bridge their differences, [White House legislative-affair director Marc] Short suggested in an interview last week that Mr. Trump was extremely unlikely to sign a bill that guaranteed insurer payments without other changes in the health-care system. “The president has no interest in bailing out insurance companies,” he said.

Trump is doing everything he can to force Obamacare to fail, even though it’s fundamentally in good shape. One way or another, he refuses to be embarrassed by the spectre of a functioning health care program that provides insurance to millions at a reasonable cost. That would be more than he could bear. It’s not his program, after all.