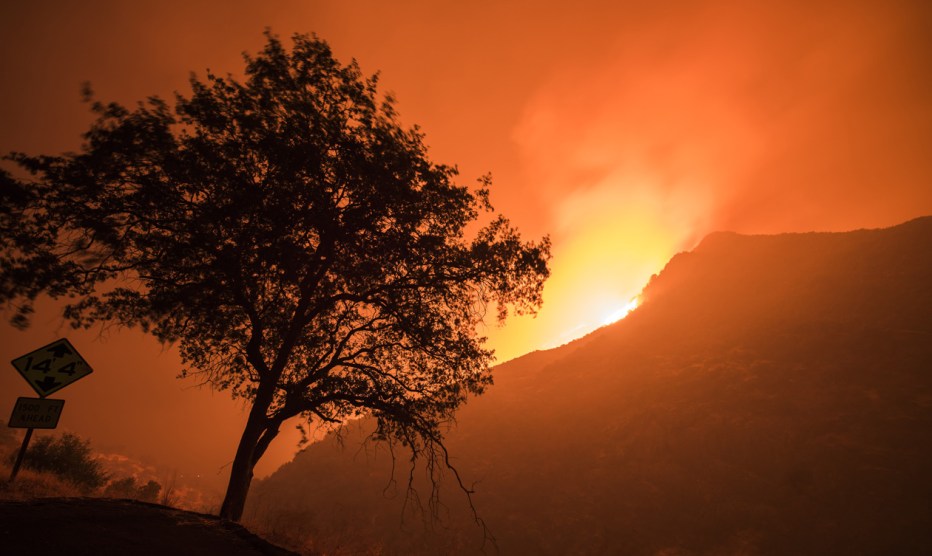 On the East Coast, the big danger comes from hurricanes, which are becoming ever more intense as ocean waters continue to warm. Here on the West Coast, we worry about wildfire season, which lasts longer and longer as summer temperatures linger into fall:

Despite record-breaking rain and snowfall across the West in 2017, this year’s fire season has been unforgiving….“Typically by the third week of September we see not as much fire activity,” said Jessica Gardetto, spokeswoman for the National Interagency Fire Center. “But we just haven’t had that relief.” The blazes have been responsible for the deaths of eight firefighters and have destroyed more than 500 homes.

….What makes the fires burning across the West so extreme? One aspect that sets this year apart is the length of time the fire season has lasted, in part because of dry air, conducive for sustaining wildfires. Lightning strikes in Oregon and Washington have sparked many of the wildfires still ravaging large swaths of land, while drought-stricken Montana continues to battle several large fires.