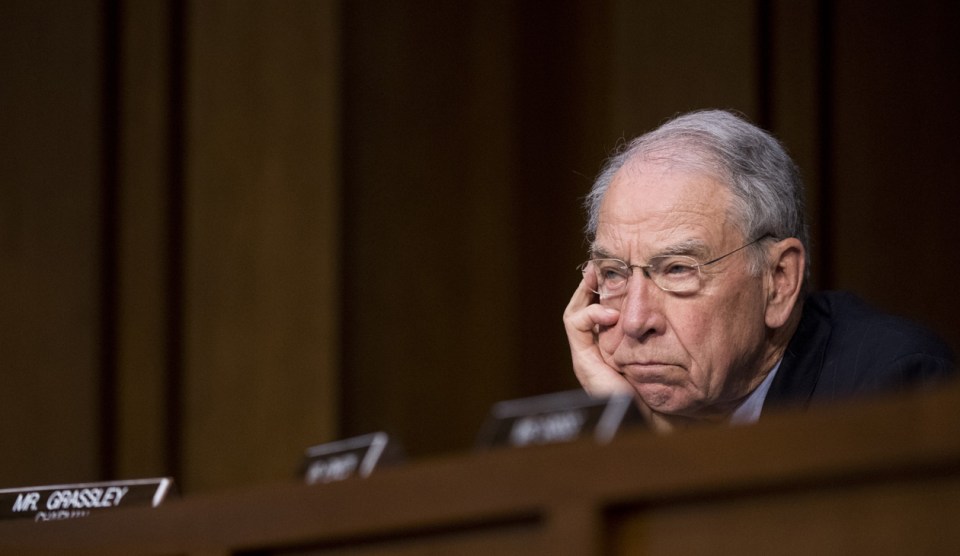 In a rare occurrence, it looks like I might have been too cynical about Republican devotion to procedural abuses. A few months ago, when there was some chatter about eliminating the blue-slip requirement for judicial nominees, I wrote:

Republicans have a two-decade history of flipping the blue-slip rule whenever it conveniences them. Is there really much doubt that Grassley is going to nuke it just as soon as a single Democrat fails to return a blue slip on a Trump nominee and Fox News starts screaming about obstruction? I don’t think so.

As it turns out, Republicans do want to flip the blue-slip tradition now that a Republican is president, but it turns out that Chuck Grassley himself isn’t so sure:

…. “The chairman of the Judiciary Committee will determine how to apply the blue-slip courtesy for federal judicial nominees, as has always been the practice,” Grassley spokesman Taylor Foy said Wednesday. “Over the years, chairmen have applied the courtesy differently, but the spirit of consultation has always remained.”

….Grassley’s immediate predecessor as chairman, Sen. Patrick Leahy (D-Vt.), abided by the blue-slip tradition during his six years leading the panel under former President Barack Obama. That allowed Republicans to block more than a dozen nominees to the bench.

Leahy said in a statement Wednesday that Grassley has promised to “respect the blue slip tradition, just as I did.”

“I trust him to keep his word,” Leahy added.

We’ll see about that. Sen. Al Franken is currently refusing to return a blue slip on a Trump nominee, so there’s a test case already at hand. If Grassley abides by the blue-slip tradition and blocks the nominee, Trump will start tweeting and Fox News will go on a rampage. Can Grassley stand up to that?