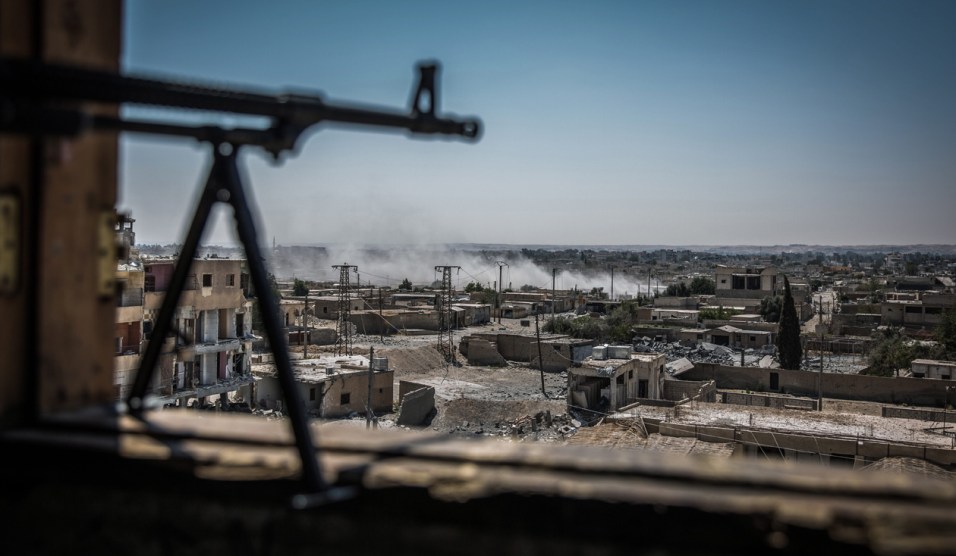 President Trump has insisted for a long time that his attitude toward ISIS will be nothing like President Obama’s. There will be no compromise, no pragmatism, no half measures. He will destroy them to the last man and completely annihilate their organization.

That makes it odd that this deeply-reported BBC story hasn’t gotten more attention:

The BBC has uncovered details of a secret deal that let hundreds of IS fighters and their families escape from Raqqa, under the gaze of the US and British-led coalition and Kurdish-led forces who control the city.

….The deal to let IS fighters escape from Raqqa — de facto capital of their self-declared caliphate…would spare lives and bring fighting to an end. The lives of the Arab, Kurdish and other fighters opposing IS would be spared. But it also enabled many hundreds of IS fighters to escape from the city….Has the pact, which stood as Raqqa’s dirty secret, unleashed a threat to the outside world — one that has enabled militants to spread far and wide across Syria and beyond?

….Publicly, the SDF said that only a few dozen fighters had been able to leave, all of them locals. But one lorry driver tells us that isn’t true. “We took out around 4,000 people including women and children — our vehicle and their vehicles combined. When we entered Raqqa, we thought there were 200 people to collect. In my vehicle alone, I took 112 people.”

….Another driver says the convoy was six to seven kilometres long….Footage secretly filmed and passed to us shows lorries towing trailers crammed with armed men. Despite an agreement to take only personal weapons, IS fighters took everything they could carry. Ten trucks were loaded with weapons and ammunition.

….In light of the BBC investigation, the coalition now admits the part it played in the deal. Some 250 IS fighters were allowed to leave Raqqa, with 3,500 of their family members.

Was this a good deal to make? It might have been. But it is decidedly not what Trump promised. Instead of annihilating ISIS, he allowed hundreds of ISIS fighters with tons of armaments to escape into ISIS-controlled territory in Syria—where they are free to take up arms again against American forces. As commander-in-chief, I assume Trump himself approved this deal. Why isn’t anyone asking him about this?