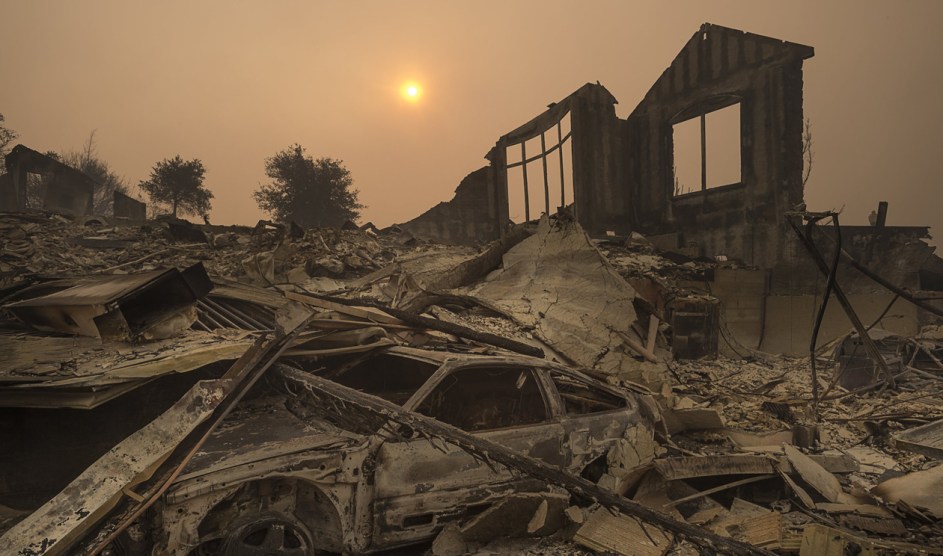 A few weeks ago, California requested $7.4 billion in disaster aid following the massive series of wildfires in the northern part of the state that killed 43 people and destroyed nearly 9,000 structures. Actually, let’s back up. That’s not quite accurate. California’s Democratic governor, its two Democratic senators, and its 39 Democratic members of Congress asked for $7.4 billion. With only one exception, California’s Republican delegation boycotted a request for disaster funding for their own state.

While the request includes anemic supplemental funding for states ravaged by hurricanes, it contains no funding whatsoever for rebuilding the communities in California devastated by the recent wildfires…. “For the Administration to not request even a single additional penny to help rebuild the communities devastated by the worst fires in California’s history is mind-boggling,” [said the two congressmen who led the disaster relief effort].

This brings the toxicity of partisan politics to jaw-dropping levels. California Republicans won’t even stick up for their own state, and a Republican president offers nothing in response to an enormous natural disaster. Why? No reason was given, but Occam’s Razor suggests that the best guess is the most obvious one: California is a Democratic state that didn’t vote for Donald Trump. You don’t mess with the family.