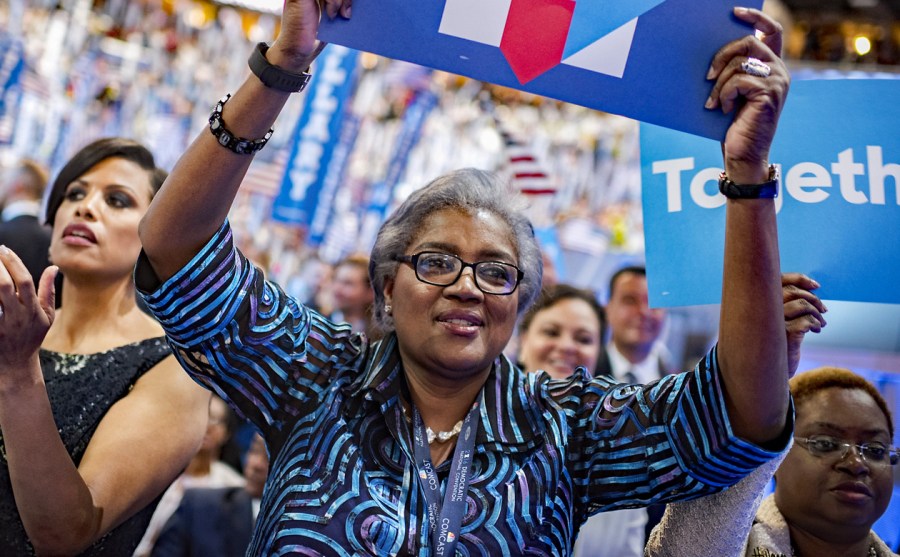 I’ve gotten lots of requests to comment on Donna Brazile’s “sensational,” “shocking,” “blockbuster” book excerpt in Politico yesterday. The reason I haven’t, to be honest, is that the more I dive into it the less sure I am what really happened. So let’s start with a short summary of what went down:

So far, there’s nothing new here. It was all reported long ago and litigated during the campaign. Whatever you thought about it back then, feel free to continue thinking. But then Brazile added one more thing:

Here’s how Brazile describes it:

The agreement—signed by Amy Dacey, the former CEO of the DNC, and Robby Mook with a copy to Marc Elias—specified that in exchange for raising money and investing in the DNC, Hillary would control the party’s finances, strategy, and all the money raised. Her campaign had the right of refusal of who would be the party communications director, and it would make final decisions on all the other staff. The DNC also was required to consult with the campaign about all other staffing, budgeting, data, analytics, and mailings.

….The funding arrangement with [the Clinton campaign] and the victory fund agreement was not illegal, but it sure looked unethical. If the fight had been fair, one campaign would not have control of the party before the voters had decided which one they wanted to lead. This was not a criminal act, but as I saw it, it compromised the party’s integrity.

So how do you view this? On the one hand, in 2015 everyone assumed that Hillary Clinton was the obvious nominee since she had no serious opposition.¹ So, since Clinton would have control of the DNC before long anyway, what difference did it make? And anyway, if Clinton was going to raise huge sums for the DNC, it’s hardly surprising that she’d want some control over the organization, especially if she had little faith in Debbie Wasserman-Schultz.

On the other hand—well, the other hand is obvious. During the primaries, one of the candidates had significant control over the party apparatus. That often happens de facto, but it’s not supposed to happen de jure.

But now let’s add one more thing. Here is Brazile again on what she found aside from the JFA:

I had tried to search out any other evidence of internal corruption that would show that the DNC was rigging the system to throw the primary to Hillary, but I could not find any in party affairs or among the staff. I had gone department by department, investigating individual conduct for evidence of skewed decisions, and I was happy to see that I had found none.

Trump looks for a daily excuse to distract from his job. No, the primary system wasn’t rigged! States control primary ballots. https://t.co/3vSwG6FY0o

So Brazile herself, though she obviously disapproves of the JFA, says the primaries weren’t rigged and there was no internal corruption at the DNC that favored Clinton. In something that suprises me not at all, it appears that even though Clinton had substantial authority and could have rigged things, she instead used this authority to raise lots of money; make sure the DNC hired competent people; and try to get the party apparatus working again.

In the end, then, this strikes me as almost classic Hillary: she did nothing wrong, but practically went out of her way to make it look like she was doing something slippery. I have never seen another human being do this so frequently. But, in fact, it looks like she really didn’t do anything seriously unscrupulous here, and nearly everyone agrees that, in the end, the primaries weren’t rigged in any serious way.²

So the more interesting thing about all this is: why did Brazile write this? Her prose is so melodramatic that you’d think she had discovered Hillary was a child molester. Finding the JFA “broke my heart,” she says. She called Bernie Sanders to tell him about all this, but first “I lit a candle in my living room and put on some gospel music. I wanted to center myself for what I knew would be an emotional phone call.” (In fact, it turned out not to be an emotional call. Apparently Bernie didn’t care much.)

In the end, I’m more curious about this than I am about the facts of the case, which turn out to be fairly pedestrian. Obviously Brazile wrote about this the way she did for a reason, but what is it?

¹This was long before the Bernie phenomenon, back when he was considered mostly a Ron Paul-esque vanity candidate.

²The primary evidence in favor of rigging was the short debate schedule. But there’s nothing new about this, so again, whatever you thought about that before, feel free to keep thinking.