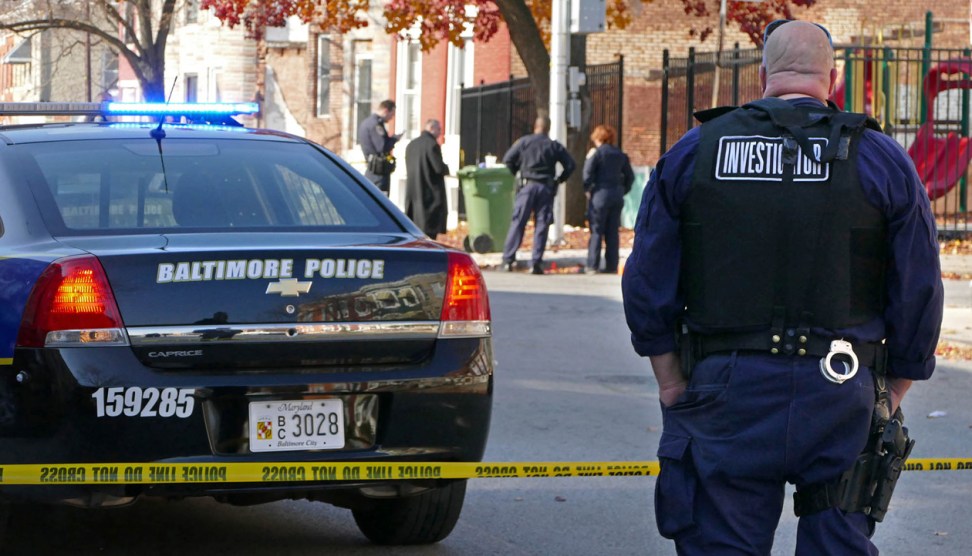 The Baltimore Police Department is currently in court over one of the biggest scandals in the history of American law enforcement. You want robbery? How about the story of the corrupt squad stopping a drug dealer during a traffic stop and robbing him of $6,500, then going to the man’s home without a warrant and taking another $100,000 out of a safe?

Maybe you should read about how Maurice Ward had a technique of driving fast at groups of people, slamming on the brakes and chasing whoever ran. Perhaps you hear how [Wayne] Jenkins believed that all young men with backpacks were dope boys. Or people who drove Honda Accords with tinted windows. And then there’s the revelation that the supervisor of the [elite Gun Trace Task Force] instructed officers to carry a toy gun just in case they found themselves “in a jam” and needed to plant one. When one of the officers, Marcus Tayor, was arrested, officials couldn’t figure out why he had a toy gun in his glove compartment.

That’s from Michael Harriot at The Root. It’s mostly based on reports in the Baltimore Sun, which passes along reaction from the black community:

Christopher Ervin, who founded the re-entry group The Lazarus Rite, said the Gun Trace Task Force allegations are “shocking for people who don’t live in those communities.”

“In the black community, this is not shocking at all,” Ervin said. “You get a chorus of, ‘We’ve been saying that.’ ”

All by itself this is a huge scandal, of course. But what do you think are the odds that dozens or hundreds of other officers knew all about this and never said a word? That’s the no-snitch culture at work. These folks always have one grievance after another, but they have only themselves to blame for making it so hard to clean up the police community and make it safe for everyone.

Oh wait. Where have I heard that before?