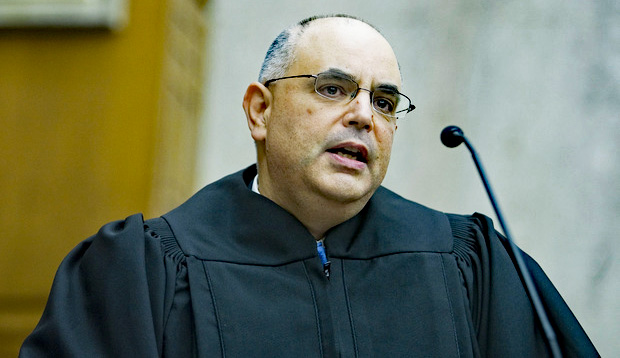 The gist of the Nunes memo is that the FBI misled a FISA judge when it asked for a warrant to wiretap Carter Page. I was chatting about this at lunch yesterday with a friend, and suggested that all we had to do was wait a while to find out if this was true. The FBI has to renew the warrant every 90 days, so they’ll be back in front of the judge in March or April. If he’s pissed off, then Nunes is right. If he’s not, then Nunes is full of shit.

Over at Lawfare, Sophia Brill has an even more straightforward suggestion: just ask the judge. This wouldn’t require any classified information to be made public. The judge just has to explain in general terms whether the provenance of the Steele dossier—i.e., that it was paid for by the Hillary Clinton campaign—gives him pause for thought:

Already, the New York Times and other organizations have filed a motion in the FISC asking it to unseal documents related to Carter Page. It may well take some time and potential wrangling for the court and the government to determine what documents can be declassified and what must be redacted. But if the FISC were to issue a new order simply stating whether it believes itself to have been misled by the government, that order could be easily be declassified—and could answer definitively whether the Nunes memo has any legitimate claims behind it….If the court views the matter of the Steele dossier and the other contentions in the Nunes memo as immaterial in light of other evidence, it could say so without revealing that other evidence.

….Typically, the FISC does not simply go around issuing declarations of this kind—let alone public declarations about specific FISA orders. But there are a few potential procedural mechanisms that could lead it to issue an opinion or short order stating whether or not it views any of the Nunes memo’s new information on Steele (to the extent it is new and is factually accurate) as having any material impact on the validity of its prior orders.

Brill goes on to outline these procedural mechanisms, but what probably matters more is whether the judge wants to get involved in this food fight. Brill suggests that this is a unique situation, but a judge might be skeptical of that. They’re all unique situations according to the folks pressing the case, after all. Still, it seems worth a shot.