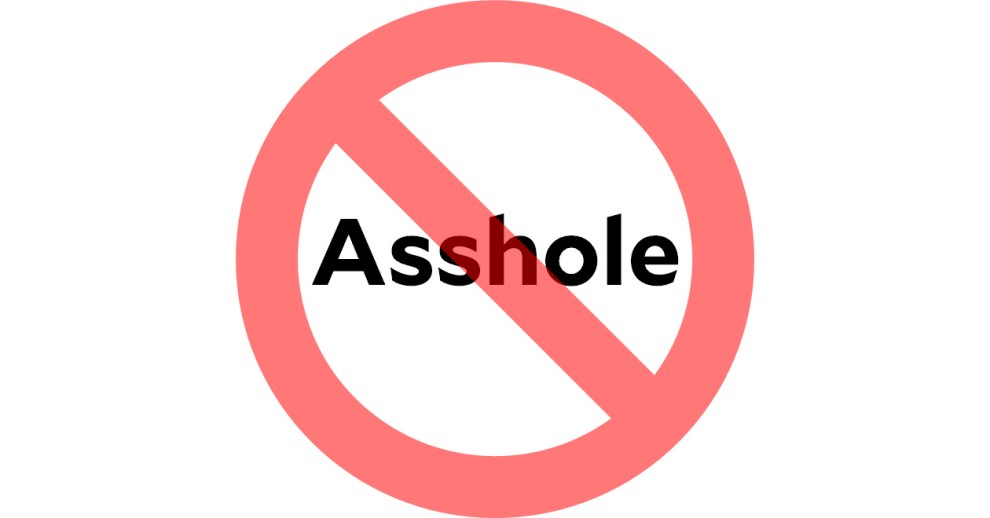 For some reason, Jordan Peterson is having a moment with his new book, 12 Rules for Life. This has inspired other people to create their own list of rules, and I thought I’d join in. Here’s my list:

That’s it. After 59 years on this planet, I’ve decided that it mostly boils down to this. It’s better than the Golden Rule; it’s easier to keep in mind than an actual list; and it’s relatively undemanding. And yet, it works.

Perhaps you don’t like my rule because we all have different definitions of asshole. I don’t think so, really. We all know what an asshole is, even if we can’t define it precisely, and the few of us who don’t are psychopaths who probably ought to be in institutions. And in tricky cases, there’s an easy guideline to follow: assume the best of other people and the worst of yourself. If you’re unsure of whether someone else is being an asshole, they probably aren’t. If you’re unsure of whether you’re being an asshole, you probably are.

In other words, we can all have our different personalities and our different value systems. We can fight for those values, and we can do it passionately. You just can’t be an asshole about it. You don’t get to smear people with lies just because they disagree with you. You can’t mock people just because they’re weak or stupid or unlike you in one way or another. You don’t get to take out your anger on other people. In other words: you get to honk your horn if you need to get someone’s attention, but not just because they’re moving a little too slow for your taste. (You can curse them under your breath, though. Being an asshole is a public thing. When you’re alone, you can think anything you want. You’ll be happier if you don’t obsess about all the people you hate, but that’s your business.)

Anyway, this is the bare minimum for being a decent person, and it’s achievable for almost all of us if we just decide to do it. Most rules for life really aren’t. They’re either too hard for lots of people to keep up, or else they work for those with a particular personality, but not for others.

Don’t be an asshole. OK?