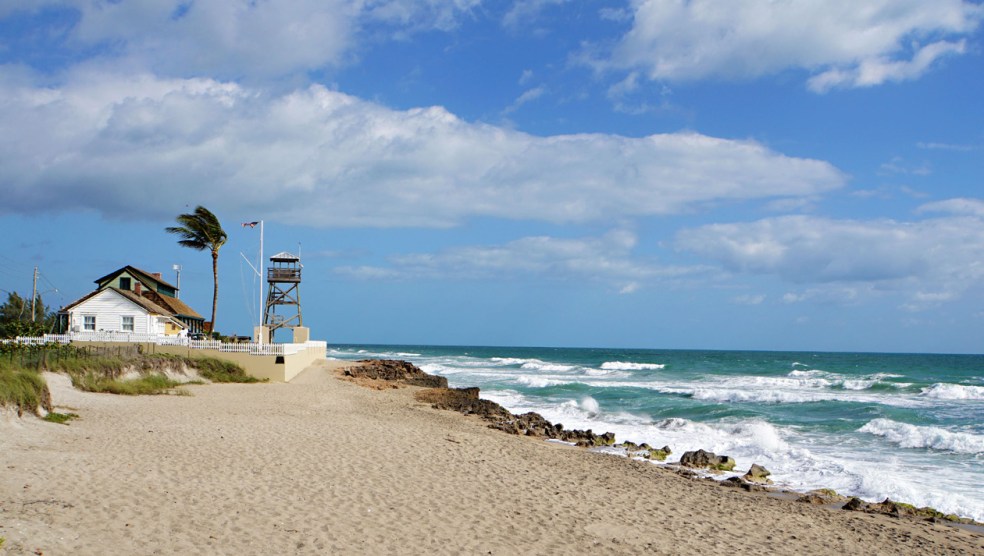 This is not Sheriff Entrekin's beach house. However, it is a house. And it's on the beach.Richard Graulich/The Palm Beach Post via ZUMA

Let’s tear our gaze away from the swamp in Washington DC and check in on the swamp of Etowah County in Alabama. Todd Entrekin, the sheriff there, just bought a vacation home for $740,000, bringing his total real estate empire to $1.7 million. Where did the money come from?

Ethics disclosure forms Entrekin filed with the state reveal that over the past three years he has received more than $750,000 worth of additional “compensation” from a source he identified as “Food Provisions.”

Fascinating. Can you tell us more?

Entrekin told AL.com last month that he has a personal account that he refers to as his “Food Provision” fund. And Etowah County resident Matthew Qualls said that in 2015 Entrekin paid him to mow his lawn via checks with the words “Sheriff Todd Entrekin Food Provision Account” printed in the upper-left corner. AL.com viewed a photograph of one such check.

So the sheriff has a “Food Provision” fund that he uses to pay people to mow his lawn. And to buy expensive vacation homes. But how are these things related to food?

The money in the account was allocated by federal, state and municipal governments to feed inmates in the Etowah County jail, but was not used for that purpose and was instead personally pocketed by Entrekin….Many Alabama sheriffs contend that the practice of keeping “excess” inmate-feeding funds for themselves is legal under a state law passed before World War II.

Apparently the state of Alabama makes the sheriff personally responsible for everything related to food in the jails he operates. They give him a lump sum, and he gets to keep anything left over. You know, sort of a good ol’ boy slush fund that’s managed to survive all the way into the 21st century.

But as much as I’d like to be outraged, this kind of penny-ante corruption is actually sort of soothing compared to what’s happening in DC. It just goes to show that when rural folks complain that “the America I know” is slipping away, they’re not seeing the whole picture. In Alabama, at least, it’s still going strong.