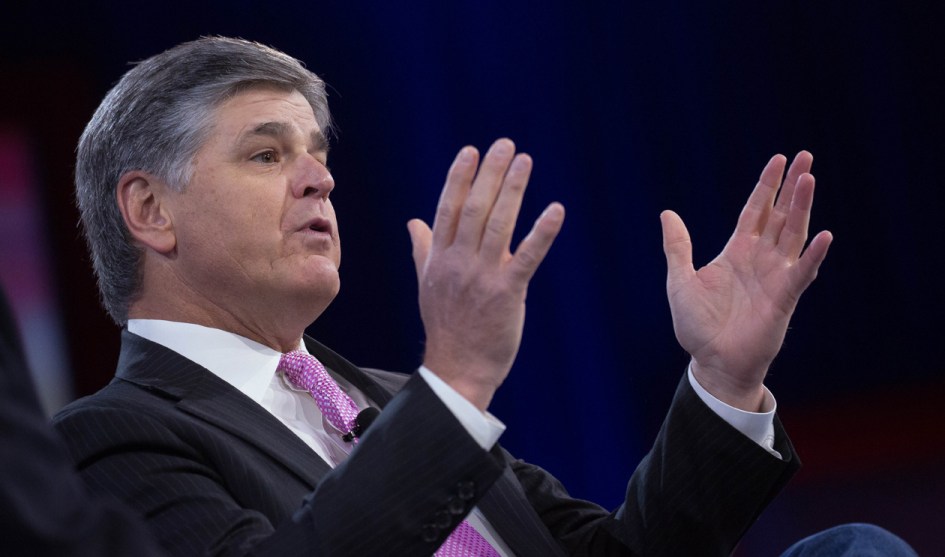 "...this big. No, really, that's what Trump said. So I went on air with it, and the lamestream media just mocked it. That's how much they hate the guy."Jeff Malet/NC via ZUMA

….A lawyer for Cohen at the Monday hearing said that Cohen performed secret legal work for Hannity. “We have been friends a long time. I have sought legal advice from Michael,” Hannity said in response to being revealed as Cohen’s third client, according to a Wall Street Journal reporter.

I would never have guessed this, but now that I know it seems somehow inevitable.