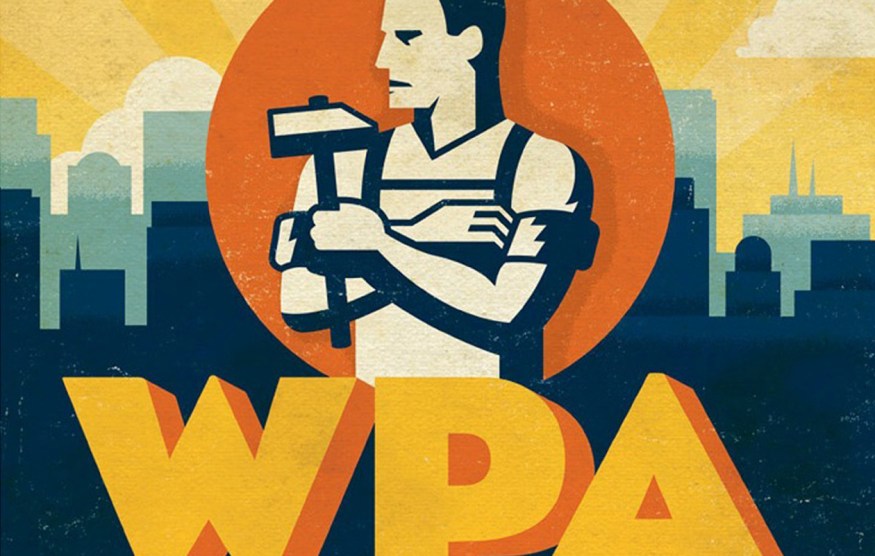 Bernie Sanders is finally putting the socialist back in Democratic Socialist:

Sen. Bernie Sanders (I-Vt.) will announce a plan for the federal government to guarantee a job paying $15 an hour and health-care benefits to every American worker “who wants or needs one,” embracing the kind of large-scale government works project that Democrats have shied away from in recent decades.

Sanders’s jobs guarantee would fund hundreds of projects throughout the United States aimed at addressing priorities such as infrastructure, care giving, the environment, education and other goals. Under the job guarantee, every American would be entitled to a job under one of these projects or receive job training to be able to do so, according to an early draft of the proposal. A representative from Sanders’s office said they had not yet done a cost estimate for the plan or decided how it would be funded, saying they were still crafting the proposal.

Let’s do a little back-of-the-envelope arithmetic here. There are about 113 million full-time wage earners in America right now and roughly a quarter of them make less than $15 per hour. Add in health care benefits and you’re up to a third of the labor force making less than they would under Bernie’s plan. That’s about 37 million people. Now toss in some part-time workers and some self-employed workers and we’re up to something on the order of 50 million.

That’s 50 million people who would be better off with a government-guaranteed job than with the job they have now. In other words, it’s insane, and I really hope I don’t have to explain why.

Since this is just a proposal, let’s also suppose that Bernie is proposing universal health care and a minimum wage of $15, which we know he supports. In that case, everyone with a job would be just as well off keeping it. However, there would still be millions who don’t have a job and want one, and more millions who might not like their jobs and would prefer a government job that’s a little cushier. How many is that? Maybe 5 million? 10 million? And probably more like 15-20 million during a recession.

That’s still pretty damn close to insane. It’s about 3-10 percent of the labor force effectively nationalized forever by the federal government, which makes it roughly comparable to the emergency labor force employed for a few years by the WPA during the depths of the Depression. This is why even our lefty comrades in social democratic Europe don’t guarantee jobs for everyone. It would cost a fortune; it would massively disrupt the private labor market; it would almost certainly tank productivity; and it’s unlikely in the extreme that the millions of workers in this program could ever be made fully competent at their jobs.

But in the era of Donald Trump, where everything is “so easy” when you’re holding a rally on the campaign trail, I suppose it will sell well. Everything pitched at a third-grade level seems to these days.

Sigh. Go ahead and take your shots, Bernie Bros.

UPDATE: If this argument isn’t doing it for you, click here for a more analytic post about a federal jobs guarantee.