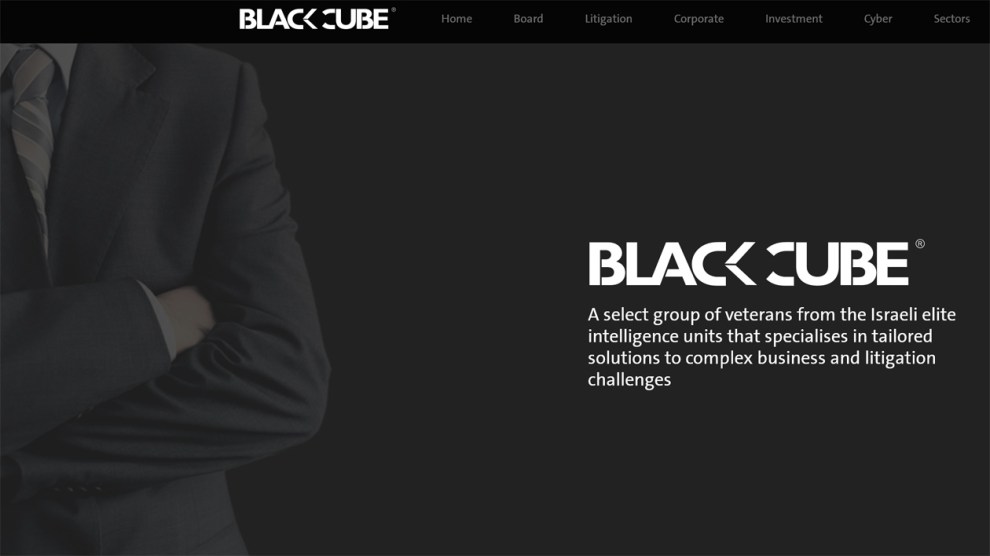 Our story so far: Team Trump hired a private intelligence firm last year to dig up dirt on Obama aides who had worked on the Iran deal. The firm’s plan was to weasel meetings with their wives and go from there. Everyone suspects the firm is Black Cube, the same one that Harvey Weinstein used to dig up dirt on the women he abused. But Black Cube denies it. The White House denies it too. Then Ronan Farrow at the New Yorker reports that it wasn’t Trumpies who were behind this at all. Finally, this morning, Black Cube fessed up that they were the guilty party after all:

3. This morning, after @RonanFarrow ‘s publication in the @NewYorker , his version changed: “We didn’t know the @guardian meant us. We didn’t know it was us because this report was about #Trump. But then we saw the emails reported by the New Yorker and we know those emails.”

4. He insisted “there is no connection to Trump or the #IranNuclearDeal” but he didn’t deny #BlackCube was hired by a private company and even told me the client is “somebody that profits from the sanctions on Iran”.
Question : who is the client and how they connect to Trump?

Yes indeed. Who profits from Iran sanctions? And are they connected to Trump in any way?