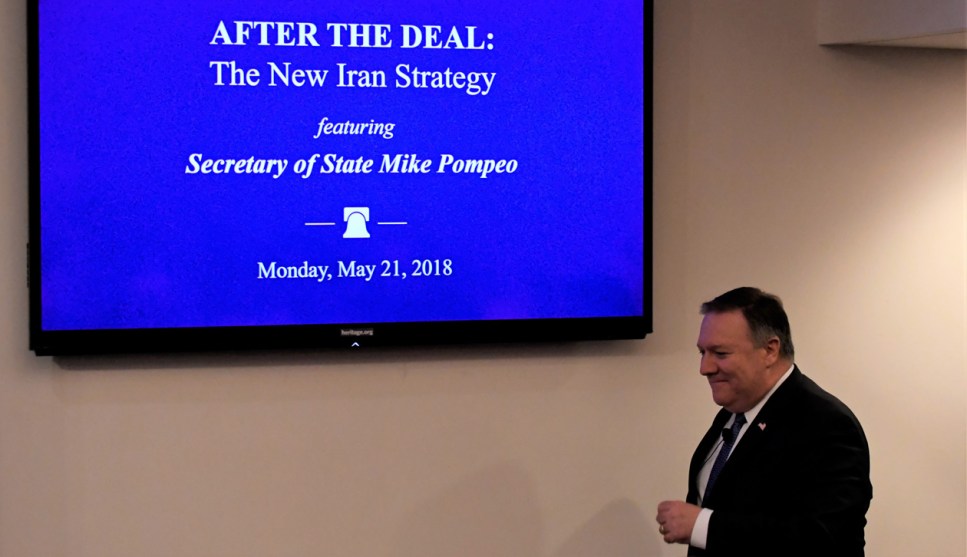 I never got around to commenting on Donald Trump’s latest announcement about Iran. It was delivered by Mike Pompeo, his Secretary of State, and it demanded that Iran do all of the following:

Everybody in the world has already made this point, but I’ll add one more to the chorus: this is just a longwinded way of saying that the US will never, ever remove sanctions on Iran. They will be in place forever. This is the Trump Doctrine on Iran. Dan Drezner describes it like this:

The Trump administration is hoping for the foreign policy equivalent of lucking into an inside straight. They hope that renewed sanctions can tip Iran’s civil society into open revolt and destabilize the regime. I’ll leave it to the Iran experts to assess the likelihood of that outcome. As a sanctions expert, I will say this: Trump has given Iran’s theocratic regime the perfect scapegoat to offer up to explain Iran’s stagnant economy. Now everything can be blamed on the renewed sanctions, rather that Iran’s indigenous dysfunctions.

This sounds right, except that drawing to an inside straight isn’t all that unlikely. Pompeo’s plan is more like hoping to hit a hole in one: it’s not going to happen and everyone knows it. Trump’s real plan appears pretty simple: tighten the screws on Iran until he provokes them to do something stupid, and then join up with Israel and Saudi Arabia to wipe them off the map.

Real lefties would call me naive, but I never really thought I’d see the day when you could reasonably say that Iran is a more reliable negotiating partner than the United States. But now I’ve seen it.